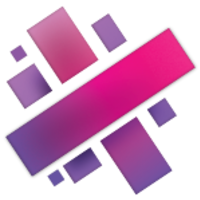 Aurelia vs React Native: What are the differences?

Aurelia: Next gen JS framework written with ES6 and ES7. Integrates with Web Components. No external dependencies except polyfills. Aurelia is a next generation JavaScript client framework that leverages simple conventions to empower your creativity; React Native: A framework for building native apps with React. React Native enables you to build world-class application experiences on native platforms using a consistent developer experience based on JavaScript and React. The focus of React Native is on developer efficiency across all the platforms you care about - learn once, write anywhere. Facebook uses React Native in multiple production apps and will continue investing in React Native.

Aurelia can be classified as a tool in the "Javascript MVC Frameworks" category, while React Native is grouped under "Cross-Platform Mobile Development".

Some of the features offered by Aurelia are:

On the other hand, React Native provides the following key features:

"Simple with conventions" is the primary reason why developers consider Aurelia over the competitors, whereas "Learn once write everywhere" was stated as the key factor in picking React Native.

According to the StackShare community, React Native has a broader approval, being mentioned in 701 company stacks & 781 developers stacks; compared to Aurelia, which is listed in 17 company stacks and 10 developer stacks.

Aurelia is a next generation JavaScript client framework that leverages simple conventions to empower your creativity.

Why do developers choose Aurelia?

What are the cons of using Aurelia?

What companies use Aurelia?

What tools integrate with Aurelia?

What are some alternatives to Aurelia and React Native?
Angular 2
It is a TypeScript-based open-source web application framework. It is a development platform for building mobile and desktop web applications.
React
Lots of people use React as the V in MVC. Since React makes no assumptions about the rest of your technology stack, it's easy to try it out on a small feature in an existing project.
AngularJS
AngularJS lets you write client-side web applications as if you had a smarter browser. It lets you use good old HTML (or HAML, Jade and friends!) as your template language and lets you extend HTML’s syntax to express your application’s components clearly and succinctly. It automatically synchronizes data from your UI (view) with your JavaScript objects (model) through 2-way data binding.
Vue.js
It is a library for building interactive web interfaces. It provides data-reactive components with a simple and flexible API.
Backbone.js
Backbone supplies structure to JavaScript-heavy applications by providing models key-value binding and custom events, collections with a rich API of enumerable functions, views with declarative event handling, and connects it all to your existing application over a RESTful JSON interface.
See all alternatives
Decisions about Aurelia and React Native

At Beamery we had a large, AngularJS app, built over several years. Our clients were happy, but we were not. We had several problems: Building new features was slow. AngularJS doesn’t scale nicely. Features clash with each other. Isolation doesn’t come as standard, you have to work hard to keep features separate. It takes time to get it right. #Hiring was hard, for all the reasons listed above. The app was slower than it needed to be because AngularJS was never built for speed. We wanted to render half a million contacts, and Angular was fighting us all the way.

As time went by it become harder to find developers who would willingly choose AngularJS over React Angular 2 , Vue.js , Aurelia or Polymer .

The only one framework for me that capable to beat laravel nowadays. But for me both were awesome! Anyone had tried integrating this both framework?

How developers use Aurelia and React Native

Provides all services need to create modern Single Page Apps. The user interface is build on top of that

Our main web application is built on Aurelia and GWT.