Lots of people use React as the V in MVC. Since React makes no assumptions about the rest of your technology stack, it's easy to try it out on a small feature in an existing project.
React is a tool in the Javascript UI Libraries category of a tech stack.
React is an open source tool with 144.1K GitHub stars and 27.7K GitHub forks. Here’s a link to React's open source repository on GitHub

Companies
8154 companies reportedly use React in their tech stacks, including Airbnb, Uber, and Facebook.

reddit
Developers
25635 developers on StackShare have stated that they use React.

Here are some stack decisions, common use cases and reviews by companies and developers who chose React in their tech stack.

I was building a personal project that I needed to store items in a real time database. I am more comfortable with my Frontend skills than my backend so I didn't want to spend time building out anything in Ruby or Go.

I stumbled on Firebase by #Google, and it was really all I needed. It had realtime data, an area for storing file uploads and best of all for the amount of data I needed it was free!

I built out my application using tools I was familiar with, React for the framework, Redux.js to manage my state across components, and styled-components for the styling.

Now as this was a project I was just working on in my free time for fun I didn't really want to pay for hosting. I did some research and I found Netlify. I had actually seen them at #ReactRally the year before and deployed a Gatsby site to Netlify already.

Netlify was very easy to setup and link to my GitHub account you select a repo and pretty much with very little configuration you have a live site that will deploy every time you push to master.

With the selection of these tools I was able to build out my application, connect it to a realtime database, and deploy to a live environment all with $0 spent.

If you're looking to build out a small app I suggest giving these tools a go as you can get your idea out into the real world for absolutely no cost.

Oof. I have truly hated JavaScript for a long time. Like, for over twenty years now. Like, since the Clinton administration. It's always been a nightmare to deal with all of the aspects of that silly language.

But wowza, things have changed. Tooling is just way, way better. I'm primarily web-oriented, and using React and Apollo together the past few years really opened my eyes to building rich apps. And I deeply apologize for using the phrase rich apps; I don't think I've ever said such Enterprisey words before.

But yeah, things are different now. I still love Rails, and still use it for a lot of apps I build. But it's that silly rich apps phrase that's the problem. Users have way more comprehensive expectations than they did even five years ago, and the JS community does a good job at building tools and tech that tackle the problems of making heavy, complicated UI and frontend work.

Obviously there's a lot of things happening here, so just saying "JavaScript isn't terrible" might encompass a huge amount of libraries and frameworks. But if you're like me, yeah, give things another shot- I'm somehow not hating on JavaScript anymore and... gulp... I kinda love it.

When I joined NYT there was already broad dissatisfaction with the LAMP (Linux Apache HTTP Server MySQL PHP) Stack and the front end framework, in particular. So, I wasn't passing judgment on it. I mean, LAMP's fine, you can do good work in LAMP. It's a little dated at this point, but it's not ... I didn't want to rip it out for its own sake, but everyone else was like, "We don't like this, it's really inflexible." And I remember from being outside the company when that was called MIT FIVE when it had launched. And been observing it from the outside, and I was like, you guys took so long to do that and you did it so carefully, and yet you're not happy with your decisions. Why is that? That was more the impetus. If we're going to do this again, how are we going to do it in a way that we're gonna get a better result?

So we're moving quickly away from LAMP, I would say. So, right now, the new front end is React based and using Apollo. And we've been in a long, protracted, gradual rollout of the core experiences.

React is now talking to GraphQL as a primary API. There's a Node.js back end, to the front end, which is mainly for server-side rendering, as well.

Behind there, the main repository for the GraphQL server is a big table repository, that we call Bodega because it's a convenience store. And that reads off of a Kafka pipeline.

One of our top priorities at Pinterest is fostering a safe and trustworthy experience for all Pinners. As Pinterest’s user base and ads business grow, the review volume has been increasing exponentially, and more content types require moderation support. To solve greater engineering and operational challenges at scale, we needed a highly-reliable and performant system to detect, report, evaluate, and act on abusive content and users and so we created Pinqueue.

Pinqueue-3.0 serves as a generic platform for content moderation and human labeling. Under the hood, Pinqueue3.0 is a Flask + React app powered by Pinterest’s very own Gestalt UI framework. On the backend, Pinqueue3.0 heavily relies on PinLater, a Pinterest-built reliable asynchronous job execution system, to handle the requests for enqueueing and action-taking. Using PinLater has significantly strengthened Pinqueue3.0’s overall infra with its capability of processing a massive load of events with configurable retry policies.

Hundreds of millions of people around the world use Pinterest to discover and do what they love, and our job is to protect them from abusive and harmful content. We’re committed to providing an inspirational yet safe experience to all Pinners. Solving trust & safety problems is a joint effort requiring expertise across multiple domains. Pinqueue3.0 not only plays a critical role in responsively taking down unsafe content, it also has become an enabler for future ML/automation initiatives by providing high-quality human labels. Going forward, we will continue to improve the review experience, measure review quality and collaborate with our machine learning teams to solve content moderation beyond manual reviews at an even larger scale.

Jobs that mention React as a desired skillset 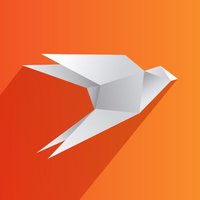 What are some alternatives to React?
Angular 2
It is a TypeScript-based open-source web application framework. It is a development platform for building mobile and desktop web applications.
Vue.js
It is a library for building interactive web interfaces. It provides data-reactive components with a simple and flexible API.
Ember.js
A JavaScript framework that does all of the heavy lifting that you'd normally have to do by hand. There are tasks that are common to every web app; It does those things for you, so you can focus on building killer features and UI.
NativeScript
NativeScript enables developers to build native apps for iOS, Android and Windows Universal while sharing the application code across the platforms. When building the application UI, developers use our libraries, which abstract the differences between the native platforms.
jQuery
jQuery is a cross-platform JavaScript library designed to simplify the client-side scripting of HTML.
See all alternatives
Related Comparisons