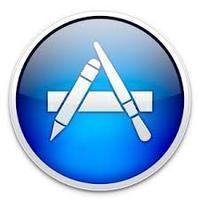 CakePHP vs Cocoa (OS X): What are the differences?

Developers describe CakePHP as "The Rapid Development Framework for PHP". CakePHP makes building web applications simpler, faster, while requiring less code. A modern PHP 7 framework offering a flexible database access layer and a powerful scaffolding system. On the other hand, Cocoa (OS X) is detailed as "The Cocoa frameworks consist of libraries, APIs, and runtimes that form the development layer for all of OS X". Much of Cocoa is implemented in Objective-C, an object-oriented language that is compiled to run at incredible speed, yet employs a truly dynamic runtime making it uniquely flexible. Because Objective-C is a superset of C, it is easy to mix C and even C++ into your Cocoa applications.

"Open source" is the top reason why over 34 developers like CakePHP, while over 2 developers mention "Great community " as the leading cause for choosing Cocoa (OS X).

Much of Cocoa is implemented in Objective-C, an object-oriented language that is compiled to run at incredible speed, yet employs a truly dynamic runtime making it uniquely flexible. Because Objective-C is a superset of C, it is easy to mix C and even C++ into your Cocoa applications.

Why do developers choose CakePHP?

What are the cons of using CakePHP?

What are the cons of using Cocoa (OS X)?

What companies use CakePHP?

What companies use Cocoa (OS X)?

What tools integrate with CakePHP?

What are some alternatives to CakePHP and Cocoa (OS X)?
Laravel
It is a web application framework with expressive, elegant syntax. It attempts to take the pain out of development by easing common tasks used in the majority of web projects, such as authentication, routing, sessions, and caching.
CodeIgniter
CodeIgniter is a proven, agile & open PHP web application framework with a small footprint. It is powering the next generation of web apps.
WordPress
The core software is built by hundreds of community volunteers, and when you’re ready for more there are thousands of plugins and themes available to transform your site into almost anything you can imagine. Over 60 million people have chosen WordPress to power the place on the web they call “home” — we’d love you to join the family.
Rails
Rails is a web-application framework that includes everything needed to create database-backed web applications according to the Model-View-Controller (MVC) pattern.
PHP
Fast, flexible and pragmatic, PHP powers everything from your blog to the most popular websites in the world.
See all alternatives
Decisions about CakePHP and Cocoa (OS X)
No stack decisions found
Related Comparisons

The main pro of CakePHP is "bake" functionality and use of conventions, which, if you follow them and buy into them you can really create some complex, large applications quite fast. Faster than any other PHP framework I've ever used, and I've tried all the popular ones.

However, my issues with Cake are as follows:

The ORM is slow. Slower than many of the alternatives. It's queries sometimes do strange things like querying 2 tables separately instead of using a join and I've often faced memory issues stemming from the ORM.

The code conventions, while since 3 they have adopted PSR-2 are still a long way to go to being as compliant with the many PSRs as say, Laravel and Symfony. For example the controllers have an "initialize" method which is doing what you would/should do in __construct. Bugs me.

The template layer needs to be Twig and not the ctp one. This is where the conventions fall apart and I've seen controller code, and tonnes of php logic in views because ctp offers nothing useful, unlike twig or blade templates which are very clean in comparison.

That said I work on a project with hundreds of models and controllers and it holds up really well. I couldn't imagine the same application in Laravel or Symfony. It would be a mess.

How developers use CakePHP and Cocoa (OS X)

CakePHP is used because it is a very feature-complete, battle-tested rapid development framework. This saves us months of development time because the API's do most of the work. There is also an extensive plugin and community built around this platform.

CakePHP is one of the most mature and developed PHP Frameworks available, it brings order to Chaos and the core team are a decent bunch of people who really care about the project