Fast, flexible and pragmatic, PHP powers everything from your blog to the most popular websites in the world.
PHP is a tool in the Languages category of a tech stack.
PHP is an open source tool with 33.8K GitHub stars and 7.2K GitHub forks. Here’s a link to PHP's open source repository on GitHub

Companies
45289 companies reportedly use PHP in their tech stacks, including Facebook, Slack, and Delivery Hero.
Developers
71686 developers on StackShare have stated that they use PHP.

JavaScript, Laravel, Sentry, Datadog, and Symfony are some of the popular tools that integrate with PHP. Here's a list of all 279 tools that integrate with PHP.
Pros of PHP
945
Large community
808
Open source
762
Easy deployment
481
Great frameworks
385
The best glue on the web
234
Continual improvements
182
Good old web
144
Web foundation
134
Community packages
124
Tool support
34
Used by wordpress
33
Excellent documentation
28
Used by Facebook
23
Because of Symfony
21
Dynamic Language
16
Cheap hosting
14
Very powerful web language
14
Easy to learn
14
Fast development
14
Awesome Language and easy to implement
12
Composer
10
Because of Laravel
10
Flexibility, syntax, extensibility
8
Easiest deployment
7
Fastestest Time to Version 1.0 Deployments
7
Worst popularity quality ratio
7
Short development lead times
7
Readable Code
6
Most of the web uses it
6
Faster then ever
6
Fast
5
Simple, flexible yet Scalable
5
Open source and large community
4
I have no choice :(
4
Has the best ecommerce(Magento,Prestashop,Opencart,etc)
4
Is like one zip of air
4
Open source and great framework
4
Large community, easy setup, easy deployment, framework
4
Easy to use and learn
4
Cheap to own
4
Easy to learn, a big community, lot of frameworks
3
Great developer experience
2
Hard not to use
2
FFI
2
Interpreted at the run time
2
Great flexibility. From fast prototyping to large apps
2
Used by STOMT
2
Fault tolerance
2
Safe the planet
2
Walk away
Decisions about PHP

Here are some stack decisions, common use cases and reviews by companies and developers who chose PHP in their tech stack.

As we use the Woltlab Suite Core, we are bound to PHP and use it with the as a FPM. Currently version 7.4 is running on all of our hosts and we use a lot of the recently added typing and nullability features to write more reliable code that can be easier analyzed through our tools.

We also use it for some WSC embedded cron-scheduling and internal web-interfaces, but tend to use a more modern Frontend-Backend architecture for all newly created projects as we enjoy the clear differentiation between View and Controller.

PHP is a well-tested and huge community language which has been proven as a fast and reliable way of quick development. Here in Barcelona is one of the most popular languages, we celebrate some conferences like https://php.barcelona Also, with the addition of some framework like Symfony, you could add more reliability to the development process. Don't forget to upvote this review

Symfony is probably the most popular PHP framework nowadays. We began with Symfony 2.6 and during 2019 we migrated to Symfony 4.2, also introducing #DDD and #hexagonal to our development process. Thanks to this improvements we could manage a quite big company with a small development team. If you agree, don't forget to upvote my review.

As developer at Applied Health Analytics we decided to create a React Native App. In terms of #IDE I'm a good fan of PhpStorm cause we have a lot of PHP in the backend, but I've definitely gave a try to Visual Studio Code and now is my primary JavaScript #IDE. I was impress how fast VS Code has become the No.1 @JavaScript Editor in the community.

From a StackShare Community member: “A client is requiring me to use PHP for a custom lead management app for internal use. Should I use a framework like Laravel/Symfony or just stick with the basics?” 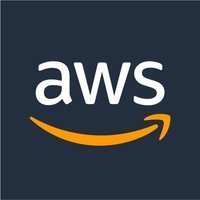 Our command and event buses uses stomp as protocol, over RabbitMQ in development, and Amazon MQ in production.

Jobs that mention PHP as a desired skillset

What are some alternatives to PHP?
JavaScript
JavaScript is most known as the scripting language for Web pages, but used in many non-browser environments as well such as node.js or Apache CouchDB. It is a prototype-based, multi-paradigm scripting language that is dynamic,and supports object-oriented, imperative, and functional programming styles.
Python
Python is a general purpose programming language created by Guido Van Rossum. Python is most praised for its elegant syntax and readable code, if you are just beginning your programming career python suits you best.
Java
Java is a programming language and computing platform first released by Sun Microsystems in 1995. There are lots of applications and websites that will not work unless you have Java installed, and more are created every day. Java is fast, secure, and reliable. From laptops to datacenters, game consoles to scientific supercomputers, cell phones to the Internet, Java is everywhere!
HTML5
HTML5 is a core technology markup language of the Internet used for structuring and presenting content for the World Wide Web. As of October 2014 this is the final and complete fifth revision of the HTML standard of the World Wide Web Consortium (W3C). The previous version, HTML 4, was standardised in 1997.
Node.js
Node.js uses an event-driven, non-blocking I/O model that makes it lightweight and efficient, perfect for data-intensive real-time applications that run across distributed devices.
See all alternatives
Related Comparisons