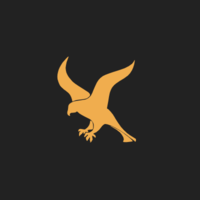 Falcon vs Sinatra: What are the differences?

Falcon: High-performance Python framework for building cloud APIs and web app backends. Falcon is a minimalist WSGI library for building speedy web APIs and app backends. We like to think of Falcon as the Dieter Rams of web frameworks; Sinatra: Classy web-development dressed in a DSL. Sinatra is a DSL for quickly creating web applications in Ruby with minimal effort.

Falcon and Sinatra can be primarily classified as "Microframeworks (Backend)" tools.

"Python" is the top reason why over 7 developers like Falcon, while over 63 developers mention "Lightweight" as the leading cause for choosing Sinatra.

According to the StackShare community, Sinatra has a broader approval, being mentioned in 92 company stacks & 33 developers stacks; compared to Falcon, which is listed in 7 company stacks and 7 developer stacks.

Why do developers choose Falcon?

What are the cons of using Falcon?

What are some alternatives to Falcon and Sinatra?
ExpressJS
Express is a minimal and flexible node.js web application framework, providing a robust set of features for building single and multi-page, and hybrid web applications.
Flask
Flask is intended for getting started very quickly and was developed with best intentions in mind.
Django REST framework
It is a powerful and flexible toolkit that makes it easy to build Web APIs.
hapi
hapi is a simple to use configuration-centric framework with built-in support for input validation, caching, authentication, and other essential facilities for building web applications and services.
Koa
Koa aims to be a smaller, more expressive, and more robust foundation for web applications and APIs. Through leveraging generators Koa allows you to ditch callbacks and greatly increase error-handling. Koa does not bundle any middleware.
See all alternatives
Decisions about Falcon and Sinatra
No stack decisions found
Related Comparisons