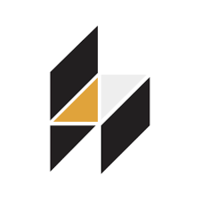 Hack vs Scala: What are the differences?

What is Hack? A programming language for HHVM that interoperates seamlessly with PHP. Hack provides instantaneous type checking via a local server that watches the filesystem. It typically runs in less than 200 milliseconds, making it easy to integrate into your development workflow without introducing a noticeable delay.

What is Scala? A pure-bred object-oriented language that runs on the JVM. Scala is an acronym for “Scalable Language”. This means that Scala grows with you. You can play with it by typing one-line expressions and observing the results. But you can also rely on it for large mission critical systems, as many companies, including Twitter, LinkedIn, or Intel do. To some, Scala feels like a scripting language. Its syntax is concise and low ceremony; its types get out of the way because the compiler can infer them.

Hack and Scala can be primarily classified as "Languages" tools.

"Interoperates seamlessly with php" is the primary reason why developers consider Hack over the competitors, whereas "Static typing" was stated as the key factor in picking Scala.

9GAG, Asana, and Groupon are some of the popular companies that use Scala, whereas Hack is used by Facebook, Slack, and Wizters. Scala has a broader approval, being mentioned in 436 company stacks & 315 developers stacks; compared to Hack, which is listed in 8 company stacks and 3 developer stacks.

Hack provides instantaneous type checking via a local server that watches the filesystem. It typically runs in less than 200 milliseconds, making it easy to integrate into your development workflow without introducing a noticeable delay.

Scala is an acronym for “Scalable Language”. This means that Scala grows with you. You can play with it by typing one-line expressions and observing the results. But you can also rely on it for large mission critical systems, as many companies, including Twitter, LinkedIn, or Intel do. To some, Scala feels like a scripting language. Its syntax is concise and low ceremony; its types get out of the way because the compiler can infer them.

Why do developers choose Hack?

Why do developers choose Scala?

What are the cons of using Hack?

What are the cons of using Scala?

Jobs that mention Hack and Scala as a desired skillset

What companies use Hack?

What companies use Scala?

What tools integrate with Hack?

What tools integrate with Scala?

What are some alternatives to Hack and Scala?
PHP
Fast, flexible and pragmatic, PHP powers everything from your blog to the most popular websites in the world.
JavaScript
JavaScript is most known as the scripting language for Web pages, but used in many non-browser environments as well such as node.js or Apache CouchDB. It is a prototype-based, multi-paradigm scripting language that is dynamic,and supports object-oriented, imperative, and functional programming styles.
Python
Python is a general purpose programming language created by Guido Van Rossum. Python is most praised for its elegant syntax and readable code, if you are just beginning your programming career python suits you best.
Java
Java is a programming language and computing platform first released by Sun Microsystems in 1995. There are lots of applications and websites that will not work unless you have Java installed, and more are created every day. Java is fast, secure, and reliable. From laptops to datacenters, game consoles to scientific supercomputers, cell phones to the Internet, Java is everywhere!
HTML5
HTML5 is a core technology markup language of the Internet used for structuring and presenting content for the World Wide Web. As of October 2014 this is the final and complete fifth revision of the HTML standard of the World Wide Web Consortium (W3C). The previous version, HTML 4, was standardised in 1997.
See all alternatives
Decisions about Hack and Scala

StackShare Editors
a few seconds ago | 3 upvotes · 6.9K views
at

Throughout 2016, Slack began migrating from PHP5 to Hack. They cite several well-known challenges inherent to PHP, including surprise type conversions, inconsistency around reference semantics, inconsistencies in the standard library, and the fact that “PHP tries very, very hard to keep the request running, even if it has done something deeply strange.”

To overcome these challenges while maintaining the unique values of PHP, Slack turned to Hack, a gradual typing system for PHP. Hack runs on the HipHop Virtual Machine, or HHVM, an open source just-in-time (JIT) environment for PHP.

Lumosity is home to the world's largest cognitive training database, a responsibility we take seriously. For most of the company's history, our analysis of user behavior and training data has been powered by an event stream--first a simple Node.js pub/sub app, then a heavyweight Ruby app with stronger durability. Both supported decent throughput and latency, but they lacked some major features supported by existing open-source alternatives: replaying existing messages (also lacking in most message queue-based solutions), scaling out many different readers for the same stream, the ability to leverage existing solutions for reading and writing, and possibly most importantly: the ability to hire someone externally who already had expertise.

We ultimately migrated to Kafka in early- to mid-2016, citing both industry trends in companies we'd talked to with similar durability and throughput needs, the extremely strong documentation and community. We pored over Kyle Kingsbury's Jepsen post (https://aphyr.com/posts/293-jepsen-Kafka), as well as Jay Kreps' follow-up (http://blog.empathybox.com/post/62279088548/a-few-notes-on-kafka-and-jepsen), talked at length with Confluent folks and community members, and still wound up running parallel systems for quite a long time, but ultimately, we've been very, very happy. Understanding the internals and proper levers takes some commitment, but it's taken very little maintenance once configured. Since then, the Confluent Platform community has grown and grown; we've gone from doing most development using custom Scala consumers and producers to being 60/40 Kafka Streams/Connects.

We originally looked into Storm / Heron , and we'd moved on from Redis pub/sub. Heron looks great, but we already had a programming model across services that was more akin to consuming a message consumers than required a topology of bolts, etc. Heron also had just come out while we were starting to migrate things, and the community momentum and direction of Kafka felt more substantial than the older Storm. If we were to start the process over again today, we might check out Pulsar , although the ecosystem is much younger.

To find out more, read our 2017 engineering blog post about the migration!

Since the beginning, Cal Henderson has been the CTO of Slack. Earlier this year, he commented on a Quora question summarizing their current stack.

Why I am using Haskell in my free time?

I have 3 reasons for it. I am looking for:

Laziness and mathematical abstractions behind Haskell makes it a wonderful language.

It is Pure functional, it helps me to write better Scala code.

Scala is the God of languages. A legend. The Mount Rushmore of hybrid OO/functional languages is Scala's face four times over.

Ok, honestly, we love Scala. We love(d) Java (and it's parents C and C++), and we love(d) all the languages that borrowed cough stole cough from Java over the years such as Groovy, Clojure, and C#.

It may not be perfect (it totally is, but since programming languages don't have egos of their own, we don't want to paint it too bright), but it is awesome. It runs on the JVM, you can utilize Spring, it works great for data processing (which is sorta kinda the thing we do here, folks), and it just makes sense at all levels.

If you don't like Scala, we feel sorry for the projects that are suffering due to your choices, meanwhile we are using Scala to write everything from JavaScript, CSS, SQL, and JSON directly within itself (go figure), so in the end no one will know the beauty of this powerhouse language (except for our engineers, of course).

Nearly our entire server codebase is written in Scala (if you haven't heard of it, it's a programming language that is basically what you would get if Java + ML had a baby). This has worked out super well. It enables us to write concise easy to deal with code that is typechecked at compile time. It's also been a big help with recruiting.

worked with scala for around 2 years. really enjoyed the language and getting back into the world of functional. unfortunately the community is heavily fragmented and the language itself broken and inconsistent. that with the various factions involved made it a put of for long term investment.

Scala, Akka and Spray (which became Akka-Http) provided the building blocks for the menu service.
Akka's actors and finite-state machine were a natural way to model a USSD menu (a series of stateful interactions between a subscriber and the USSD gateway).

Replaces entirely the Java Language to build a much more expressive and powerful code on the backend, while leveraging at the same time the Java Platform Tools and Frameworks, is a mixture of old and mature with new and sexy.