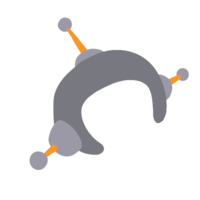 hapi vs Sinatra: What are the differences?

What is hapi? Server Framework for Node.js. hapi is a simple to use configuration-centric framework with built-in support for input validation, caching, authentication, and other essential facilities for building web applications and services.

What is Sinatra? Classy web-development dressed in a DSL. Sinatra is a DSL for quickly creating web applications in Ruby with minimal effort.

hapi and Sinatra can be primarily classified as "Microframeworks (Backend)" tools.

"Makes me Hapi making REST APIs" is the top reason why over 23 developers like hapi, while over 63 developers mention "Lightweight" as the leading cause for choosing Sinatra.

hapi is a simple to use configuration-centric framework with built-in support for input validation, caching, authentication, and other essential facilities for building web applications and services.

Why do developers choose hapi?

What are the cons of using hapi?

What companies use hapi?

What tools integrate with hapi?

What are some alternatives to hapi and Sinatra?
ExpressJS
Express is a minimal and flexible node.js web application framework, providing a robust set of features for building single and multi-page, and hybrid web applications.
Flask
Flask is intended for getting started very quickly and was developed with best intentions in mind.
Django REST framework
It is a powerful and flexible toolkit that makes it easy to build Web APIs.
Koa
Koa aims to be a smaller, more expressive, and more robust foundation for web applications and APIs. Through leveraging generators Koa allows you to ditch callbacks and greatly increase error-handling. Koa does not bundle any middleware.
Lumen
Laravel Lumen is a stunningly fast PHP micro-framework for building web applications with expressive, elegant syntax. We believe development must be an enjoyable, creative experience to be truly fulfilling. Lumen attempts to take the pain out of development by easing common tasks used in the majority of web projects, such as routing, database abstraction, queueing, and caching.
See all alternatives
Decisions about hapi and Sinatra
No stack decisions found
Related Comparisons