I am a graduate student working as a software engineer in a company. For my personal development, I want to learn web development. I have some experience in Springboot while I was in university. So I want to continue with spring-boot, but I heard about Django. I'm reaching out to the experts here to help me choose a future proof framework. Django or Spring Boot?

Kamrul Hasan, Don't choose dying technologies with small communities. How many startups do you think use Spring and Django? Use Google Trends to compare technologies. Study the StackOverflow developer survey and job websites to see what technologies are wanted. Few teams can afford to train you to get up to their level so be a life-long learner. Embrace the dawn of a new industry and become an expert.

I recommend you stick to Java Spring as you already have experience with the technology, i suggest you master this technology and then if Django seam to be very interesting to you, django is a framework you can easily pickup as python is also easy, you have to probably be able to manage the context switching between a static typed language like Java to dynamic language like python

It really depends on the kind of project and whether you feel more comfortable with Java or Python. Both are excellent frameworks, with a huge community and learning material. I've been working with Spring Boot since I started coding almost and I can assure you it's the perfect combination for Java. The learning curve may be harder that Django, but once you know the basics you're good to go. I can't tell you much about Django but you must now by now that it has a great reputation with Python users. In any case I don't think you can go wrong with any of these two. My advice is, if you are already familiar with the Spring framework, give Spring Boot a try, because you're going to find out that it just makes the whole Spring experience so much easier. Let us know what you chose!

It depends on what you want. Spring is Java-based whereas Django is Python-based. The question rather is Java vs Python. I personally recommend Python as it's shorter and easy to learn. But Java has advantages in really big systems.

Both are in active development and had huge community support. It really depends on you what you are comfortable with. Both are married to their respective languages. I choose Python over Java because of its simplicity and readability. To develop in java you need to write a lot of code. That's how java is. The best part I love with Django is its synchronization with Databases.

Cons of Ktor
Cons of Spring

It is a framework for building asynchronous servers and clients in connected systems using the Kotlin programming language.

A key element of Spring is infrastructural support at the application level: Spring focuses on the "plumbing" of enterprise applications so that teams can focus on application-level business logic, without unnecessary ties to specific deployment environments. 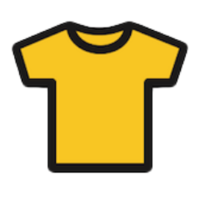 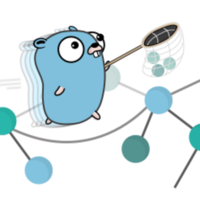 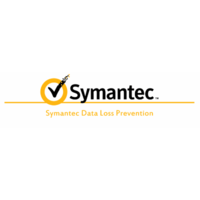 What companies use Ktor?

What companies use Spring?

See which teams inside your own company are using Ktor or Spring.
Sign up for StackShare EnterpriseLearn More

What tools integrate with Ktor?

What tools integrate with Spring?

+35
41
17880
What are some alternatives to Ktor and Spring?
Micronaut Framework
It is a modern, JVM-based, full-stack framework for building modular, easily testable microservice and serverless applications. It features a Dependency Injection and Aspect-Oriented Programming runtime that uses no reflection.
Golang
Go is expressive, concise, clean, and efficient. Its concurrency mechanisms make it easy to write programs that get the most out of multicore and networked machines, while its novel type system enables flexible and modular program construction. Go compiles quickly to machine code yet has the convenience of garbage collection and the power of run-time reflection. It's a fast, statically typed, compiled language that feels like a dynamically typed, interpreted language.
Spring Boot
Spring Boot makes it easy to create stand-alone, production-grade Spring based Applications that you can "just run". We take an opinionated view of the Spring platform and third-party libraries so you can get started with minimum fuss. Most Spring Boot applications need very little Spring configuration.
Retrofit
Retrofit turns your HTTP API into a Java interface
Javalin
Javalin started as a fork of the Spark framework but quickly turned into a ground-up rewrite influenced by express.js. Both of these web frameworks are inspired by the modern micro web framework grandfather: Sinatra, so if you’re coming from Ruby then Javalin shouldn’t feel too unfamiliar.
See all alternatives
See all the technologies you’re using across your company.
Sign up for StackShare EnterpriseLearn More