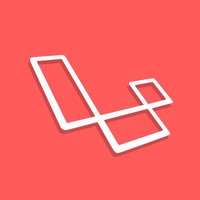 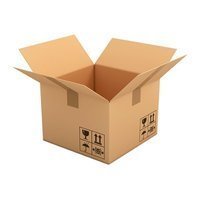 Laravel Elixir vs Parcel: What are the differences?

Developers describe Laravel Elixir as "It provides a clean, fluent API for defining basic Gulp tasks for your Laravel application". It supports common CSS and JavaScript pre-processors like Sass and Webpack. Using method chaining, Elixir allows you to fluently define your asset pipeline. On the other hand, Parcel is detailed as "📦🚀 A fast, zero configuration web application bundler". Parcel is a web application bundler, differentiated by its developer experience. It offers blazing fast performance utilizing multicore processing, and requires zero configuration.

What is Laravel Elixir?

It supports common CSS and JavaScript pre-processors like Sass and Webpack. Using method chaining, Elixir allows you to fluently define your asset pipeline

Why do developers choose Laravel Elixir?

Why do developers choose Parcel?

What are the cons of using Laravel Elixir?

What are the cons of using Parcel?

What companies use Laravel Elixir?

What companies use Parcel?

What tools integrate with Laravel Elixir?

What tools integrate with Parcel?

What are some alternatives to Laravel Elixir and Parcel?
Elixir
Elixir leverages the Erlang VM, known for running low-latency, distributed and fault-tolerant systems, while also being successfully used in web development and the embedded software domain.
Webpack
A bundler for javascript and friends. Packs many modules into a few bundled assets. Code Splitting allows to load parts for the application on demand. Through "loaders" modules can be CommonJs, AMD, ES6 modules, CSS, Images, JSON, Coffeescript, LESS, ... and your custom stuff.
gulp
Build system automating tasks: minification and copying of all JavaScript files, static images. More capable of watching files to automatically rerun the task when a file changes.
Grunt
The less work you have to do when performing repetitive tasks like minification, compilation, unit testing, linting, etc, the easier your job becomes. After you've configured it, a task runner can do most of that mundane work for you—and your team—with basically zero effort.
rollup
It is a module bundler for JavaScript which compiles small pieces of code into something larger and more complex, such as a library or application. It uses the new standardized format for code modules included in the ES6 revision of JavaScript, instead of previous idiosyncratic solutions such as CommonJS and AMD.
See all alternatives
Decisions about Laravel Elixir and Parcel

Using Webpack is one of the best decision ever. I have used to Grunt and gulp previously, but the experience is not the same, and despite I know there are other bundlers like Parcel, Webpack gives me the perfect balance between automatization and configuration. The ecosystem of tools and loaders is amazing, and with WebPack #merge, you can modularize your build and define standard pieces to assemble different build configurations. I don't like processes where you cannot see their guts, and you have to trust in magic a little bit too much for my taste. But also I don't want to reinvent the wheel and lose too much time configuring my build processes. And of course, I love #WebPackDevServer and hot reloading.