Laravel vs OSGi: What are the differences?

Developers describe Laravel as "A PHP Framework For Web Artisans". Laravel is a web application framework with expressive, elegant syntax. We believe development must be an enjoyable, creative experience to be truly fulfilling. Laravel attempts to take the pain out of development by easing common tasks used in the majority of web projects, such as authentication, routing, sessions, and caching. On the other hand, OSGi is detailed as "The Dynamic Module System for Java". It is a Java framework for developing and deploying modular software programs and libraries. It provides a vendor-independent, standards-based approach to modularizing Java software applications and infrastructure.

Laravel and OSGi belong to "Frameworks (Full Stack)" category of the tech stack.

9GAG, PedidosYa, and Swat.io are some of the popular companies that use Laravel, whereas OSGi is used by Liferay, Netcentric, and Enonic AS. Laravel has a broader approval, being mentioned in 1138 company stacks & 4161 developers stacks; compared to OSGi, which is listed in 7 company stacks and 9 developer stacks. 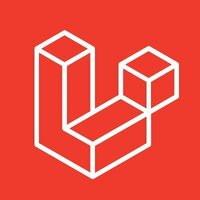 i find python quite resourceful. given the bulk of libraries that python has and the trends of the tech i find django which runs on python to be the framework of choice to the upcoming web services and application. Laravel on the other hand which is powered by PHP is also quite resourceful and great for startups and common web applications. 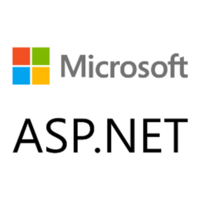 When I started on this project as the sole developer, I was new to web development and I was looking at all of the web frameworks available for the job. I had some experience with Ruby on Rails and I had looked into .net for a bit, but when I found Laravel, it felt like the best framework for me to get the product to market. What made me choose Laravel was the easy to read documentation and active community. Rails had great documentation, but lacked some features built in that I wanted out of the box, while .net had a ton of video documentation tutorials, but nothing as straightforward as Laravels. So far, I am happy with the decision I made, and looking forward to the website release!

Cons of Laravel
Cons of OSGi

It is a web application framework with expressive, elegant syntax. It attempts to take the pain out of development by easing common tasks used in the majority of web projects, such as authentication, routing, sessions, and caching.

It is a Java framework for developing and deploying modular software programs and libraries. It provides a vendor-independent, standards-based approach to modularizing Java software applications and infrastructure.
What companies use Laravel?
What companies use OSGi?

What companies use Laravel?

What companies use OSGi?

What tools integrate with Laravel?

What tools integrate with OSGi?

What are some alternatives to Laravel and OSGi?
Symfony
It is written with speed and flexibility in mind. It allows developers to build better and easy to maintain websites with PHP..
CodeIgniter
CodeIgniter is a proven, agile & open PHP web application framework with a small footprint. It is powering the next generation of web apps.
Django
Django is a high-level Python Web framework that encourages rapid development and clean, pragmatic design.
CakePHP
It makes building web applications simpler, faster, while requiring less code. A modern PHP 7 framework offering a flexible database access layer and a powerful scaffolding system.
Rails
Rails is a web-application framework that includes everything needed to create database-backed web applications according to the Model-View-Controller (MVC) pattern.
See all alternatives
Interest over time
News about Laravel
Understanding the sole() Query Builder Method
(laravel-news.com)
2 days ago
Laravel String Markdown Macro
(laravel-news.com)
3 days ago
Laravel 8.23 Released
(laravel-news.com)
Jan 20, 2021
OpenAPI Initializer
(laravel-news.com)
Jan 19, 2021
Harpoon: Next generation time tracking and billing (sponsor)
(laravel-news.com)
6 days ago
More news
News about OSGi
More news