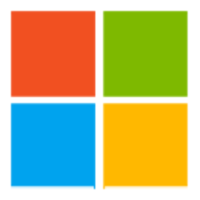 Python is a general purpose programming language created by Guido Van Rossum. Python is most praised for its elegant syntax and readable code, if you are just beginning your programming career python suits you best.

What is R Language?

Why do developers choose Python?

Why do developers choose R Language?

What are the cons of using Python?

What are the cons of using R Language?

What companies use Python?

What companies use R Language?

What tools integrate with Python?

What tools integrate with R Language?

What are some alternatives to Python, R Language, and Visual Basic?
Java
Java is a programming language and computing platform first released by Sun Microsystems in 1995. There are lots of applications and websites that will not work unless you have Java installed, and more are created every day. Java is fast, secure, and reliable. From laptops to datacenters, game consoles to scientific supercomputers, cell phones to the Internet, Java is everywhere!
JavaScript
JavaScript is most known as the scripting language for Web pages, but used in many non-browser environments as well such as node.js or Apache CouchDB. It is a prototype-based, multi-paradigm scripting language that is dynamic,and supports object-oriented, imperative, and functional programming styles.
Scala
Scala is an acronym for “Scalable Language”. This means that Scala grows with you. You can play with it by typing one-line expressions and observing the results. But you can also rely on it for large mission critical systems, as many companies, including Twitter, LinkedIn, or Intel do. To some, Scala feels like a scripting language. Its syntax is concise and low ceremony; its types get out of the way because the compiler can infer them.
Anaconda
A free and open-source distribution of the Python and R programming languages for scientific computing, that aims to simplify package management and deployment. Package versions are managed by the package management system conda.
Perl
Perl is a general-purpose programming language originally developed for text manipulation and now used for a wide range of tasks including system administration, web development, network programming, GUI development, and more.
See all alternatives
Decisions about Python, R Language, and Visual Basic

The algorithms and data infrastructure at Stitch Fix is housed in #AWS. Data acquisition is split between events flowing through Kafka, and periodic snapshots of PostgreSQL DBs. We store data in an Amazon S3 based data warehouse. Apache Spark on Yarn is our tool of choice for data movement and #ETL. Because our storage layer (s3) is decoupled from our processing layer, we are able to scale our compute environment very elastically. We have several semi-permanent, autoscaling Yarn clusters running to serve our data processing needs. While the bulk of our compute infrastructure is dedicated to algorithmic processing, we also implemented Presto for adhoc queries and dashboards.

Beyond data movement and ETL, most #ML centric jobs (e.g. model training and execution) run in a similarly elastic environment as containers running Python and R code on Amazon EC2 Container Service clusters. The execution of batch jobs on top of ECS is managed by Flotilla, a service we built in house and open sourced (see https://github.com/stitchfix/flotilla-os).

At Stitch Fix, algorithmic integrations are pervasive across the business. We have dozens of data products actively integrated systems. That requires serving layer that is robust, agile, flexible, and allows for self-service. Models produced on Flotilla are packaged for deployment in production using Khan, another framework we've developed internally. Khan provides our data scientists the ability to quickly productionize those models they've developed with open source frameworks in Python 3 (e.g. PyTorch, sklearn), by automatically packaging them as Docker containers and deploying to Amazon ECS. This provides our data scientist a one-click method of getting from their algorithms to production. We then integrate those deployments into a service mesh, which allows us to A/B test various implementations in our product.

Go is a high performance language with simple syntax / semantics. Although it is not as expressive as some other languages, it's still a great language for backend development.

Python is expressive and battery-included, and pre-installed in most linux distros, making it a great language for scripting.

TypeScript saves you from all nonsense semantics of JavaScript , LOL.

I'm #Fullstack here and work with Vue.js, React and Node.js in some projects but also C# for other clients. Also started learning Python. And all this with just one tool!: #Vscode I have used Atom and Sublime Text in the past and they are very good too, but for me now is just vscode. I think the combination of vscode with the free available extensions that the community is creating makes a powerful tool and that's why vscode became the most popular IDE for software development. You can match it to your own needs in a couple of minutes. Did I mention you can style it your way? Amazing tool!

Our most used programming languages are JavaScript / Node.js for it's lightweight and fast use, PHP because everyone knows it, HTML5 because you can't live without it and Sass to write great CSS. Occasionally, we use nginx as a web server and proxy, React for our UX, PostgreSQL as fast relational database, Ubuntu as server OS, ES6 and TypeScript for Node, Google Compute Engine for our infrastructure, and Socket.IO and Electron for specific use cases. We also use Python for some of our backends.