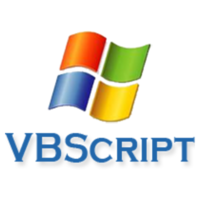 Rust vs VBScript: What are the differences?

Developers describe Rust as "A safe, concurrent, practical language". Rust is a systems programming language that combines strong compile-time correctness guarantees with fast performance. It improves upon the ideas of other systems languages like C++ by providing guaranteed memory safety (no crashes, no data races) and complete control over the lifecycle of memory. On the other hand, VBScript is detailed as "An Active Scripting language that is modeled on Visual Basic". It is an Active Scripting language developed by Microsoft that is modeled on Visual Basic. It allows Microsoft Windows system administrators to generate powerful tools for managing computers with error handling, subroutines, and other advanced programming constructs.

Rust and VBScript belong to "Languages" category of the tech stack.

What are some alternatives to Rust and VBScript?
C
Swift
Writing code is interactive and fun, the syntax is concise yet expressive, and apps run lightning-fast. Swift is ready for your next iOS and OS X project — or for addition into your current app — because Swift code works side-by-side with Objective-C.
Python
Python is a general purpose programming language created by Guido Van Rossum. Python is most praised for its elegant syntax and readable code, if you are just beginning your programming career python suits you best.
Go
Go is expressive, concise, clean, and efficient. Its concurrency mechanisms make it easy to write programs that get the most out of multicore and networked machines, while its novel type system enables flexible and modular program construction. Go compiles quickly to machine code yet has the convenience of garbage collection and the power of run-time reflection. It's a fast, statically typed, compiled language that feels like a dynamically typed, interpreted language.
Haskell
See all alternatives
Decisions about Rust and VBScript

To handle its growing observability needs, Postmates created and open sourced Cernan, a telemetry and logging aggregation server. Ceran is built on Rust and Lua, and can ingest data from many sources and then push or exposes what it’s collected to many destinations, or “sinks.” It can also create or manipulate in-flight data with programmable Lua filters.

Sentry's event processing pipeline, which is responsible for handling all of the ingested event data that makes it through to our offline task processing, is written primarily in Python.

For particularly intense code paths, like our source map processing pipeline, we have begun re-writing those bits in Rust. Rust’s lack of garbage collection makes it a particularly convenient language for embedding in Python. It allows us to easily build a Python extension where all memory is managed from the Python side (if the Python wrapper gets collected by the Python GC we clean up the Rust object as well).

One important decision for delivering a platform independent solution with low memory footprint and minimal dependencies was the choice of the programming language. We considered a few from Python (there was already a reasonably large Python code base at Thumbtack), to Go (we were taking our first steps with it), and even Rust (too immature at the time).

Initially, I wrote my text adventure game in C++, but I later rewrote my project in Rust. It was an incredibly easier process to use Rust to create a faster, more robust, and bug-free project.

One difficulty with the C++ language is the lack of safety, helpful error messages, and useful abstractions when compared to languages like Rust. Rust would display a helpful error message at compile time, while C++ would often display "Segmentation fault (core dumped)" or wall of STL errors in the middle. While I would frequently push buggy code to my C++ repository, Rust enabled me to only even submit fully functional code.

Along with the actual language, Rust also included useful tools such as rustup and cargo to aid in building projects, IDE tooling, managing dependencies, and cross-compiling. This was a refreshing alternative to the difficult CMake and tools of the same nature.

At FlowStack we write most of our backend in Go. Go is a well thought out language, with all the right compromises for speedy development of speedy and robust software. It's tooling is part of what makes Go such a great language. Testing and benchmarking is built into the language, in a way that makes it easy to ensure correctness and high performance. In most cases you can get more performance out of Rust and C or C++, but getting everything right is more cumbersome.

In our company we have think a lot about languages that we're willing to use, there we have considering Java, Python and C++ . All of there languages are old and well developed at fact but that's not ideology of araclx. We've choose a edge technologies such as Node.js , Rust , Kotlin and Go as our programming languages which is some kind of fun. Node.js is one of biggest trends of 2019, same for Go. We want to grow in our company with growth of languages we have choose, and probably when we would choose Java that would be almost impossible because larger languages move on today's market slower, and cannot have big changes.