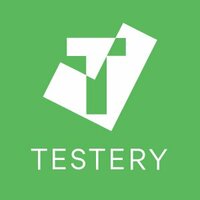 What is Testery and what are its top alternatives?

A cloud-based continuous testing platform that automatically runs your tests fast and at scale without requiring you to provision or manage servers.
Testery is a tool in the Testing Frameworks category of a tech stack.

We are looking for a Testing Tool that can integrate with Java/ React/ Go/ Python/ Node.js. Which amongst the three tools JUnit, NUnit & Selenium would be the best for this use case?

We use JUnit for our Java Unit and Integration tests in Version 5. Combined with @JMockit2 and @truth (from Google) we perform all kinds of tests on our minecraft, standalone and microservice architecture.

We prefer JUnit over TestNG because of the bigger community, better support and the generally more agile development. JUnit integrates nicely with most software, while TestNG support is a little more limited.

For our digital QA organization to support a complex hybrid monolith/microservice architecture, our team took on the lofty goal of building out a commonized UI test automation framework. One of the primary requisites included a technical minimalist threshold such that an engineer or analyst with fundamental knowledge of JavaScript could automate their tests with greater ease. Just to list a few: - Nightwatchjs - Selenium - Cucumber - GitHub - Go.CD - Docker - ExpressJS - React - PostgreSQL

With this structure, we're able to combine the automation efforts of each team member into a centralized repository while also providing new relevant metrics to business owners.

@producthunt LambdaTest Selenium JavaScript Java Python PHP Cucumber TeamCity CircleCI With this new release of LambdaTest automation, you can run tests across an Online Selenium Grid of 2000+ browsers and OS combinations to perform cross browser testing. This saves you from the pain of maintaining the infrastructure and also saves you the licensing costs for browsers and operating systems. #testing #Seleniumgrid #Selenium #testautomation #automation #webdriver #producthunt hunted

What is the best solution (PHPUnit or Behat) for test automation (unit and functional tests)?

I'm working as one of the engineering leads in RunaHR. As our platform is a Saas, we thought It'd be good to have an API (We chose Ruby and Rails for this) and a SPA (built with React and Redux ) connected. We started the SPA with Create React App since It's pretty easy to start.

We use Jest as the testing framework and react-testing-library to test React components. In Rails we make tests using RSpec.

Our main database is PostgreSQL, but we also use MongoDB to store some type of data. We started to use Redis  for cache and other time sensitive operations.

We have a couple of extra projects: One is an Employee app built with React Native and the other is an internal back office dashboard built with Next.js for the client and Python in the backend side.

Since we have different frontend apps we have found useful to have Bit to document visual components and utils in JavaScript.

In 2010 we made the very difficult decision to entirely re-engineer our existing monolithic LAMP application from the ground up in order to address some growing concerns about it's long term viability as a platform.

Full application re-write is almost always never the answer, because of the risks involved. However the situation warranted drastic action as it was clear that the existing product was going to face severe scaling issues. We felt it better address these sooner rather than later and also take the opportunity to improve the international architecture and also to refactor the database in. order that it better matched the changes in core functionality.

PostgreSQL was chosen for its reputation as being solid ACID compliant database backend, it was available as an offering AWS RDS service which reduced the management overhead of us having to configure it ourselves. In order to reduce read load on the primary database we implemented an Elasticsearch layer for fast and scalable search operations. Synchronisation of these indexes was to be achieved through the use of Sidekiq's Redis based background workers on Amazon ElastiCache. Again the AWS solution here looked to be an easy way to keep our involvement in managing this part of the platform at a minimum. Allowing us to focus on our core business.

Rails ls was chosen for its ability to quickly get core functionality up and running, its MVC architecture and also its focus on Test Driven Development using RSpec and Selenium with Travis CI providing continual integration. We also liked Ruby for its terse, clean and elegant syntax. Though YMMV on that one!

Unicorn was chosen for its continual deployment and reputation as a reliable application server, nginx for its reputation as a fast and stable reverse-proxy. We also took advantage of the Amazon CloudFront CDN here to further improve performance by caching static assets globally.

We tried to strike a balance between having control over management and configuration of our core application with the convenience of being able to leverage AWS hosted services for ancillary functions (Amazon SES , Amazon SQS Amazon Route 53 all hosted securely inside Amazon VPC of course!).

Whilst there is some compromise here with potential vendor lock in, the tasks being performed by these ancillary services are no particularly specialised which should mitigate this risk. Furthermore we have already containerised the stack in our development using Docker environment, and looking to how best to bring this into production - potentially using Amazon EC2 Container Service