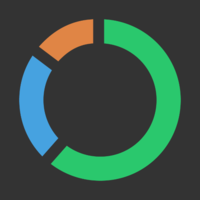 Mercurial, Toggl, Harvest, Simple, and Everhour are the most popular alternatives and competitors to Tiempo.
Tool Profile tiempolabs tiempoapp.com
1
3
+ 1
0

What is Tiempo and what are its top alternatives?

Tiempo is custom tracking, approval, and payments for your contract workers. Whether you pay by the hour, project, word, or widget, Tiempo's got you covered. Quickly look across your workforce to understand who's been working, what they’ve done, and what they’re owed.
Tiempo is a tool in the Time Tracking category of a tech stack.

I've been excited about Git ever since it got a built-in UI. It's the perfect combination of a really solid, simple data model, which allows an experienced user to predict precisely what a Git subcommand will do, often without needing to read the documentation (see the slides linked from the attached article for details). Most important to me as the lead developer of a large open source project (Zulip) is that it makes it possible to build a really clean, clear development history that I regularly use to understand details of our code history that are critical to making correct changes.

And it performs really, really well. In 2014, I managed Dropbox's migration from Mercurial to Git. And just switching tools made just about every common operation (git status, git log, git commit etc.) 2-10x faster than with Mercurial. It makes sense if you think about it, since Git was designed to perform well with Linux, one of the largest open source projects out there, but it was still a huge productivity increase that we got basically for free.

If you're learning Git, I highly recommend reading the other sections of Zulip's Git Guide; we get a lot of positive feedback from developers on it being a useful resource even for their projects unrelated to Zulip.