The free FTP solution for both client and server
filezilla-project.org
77
30
+ 1
0

It is a powerful and free software for transferring files over the Internet. It is a very popular FTP client and is used by webmasters from all over the world.
FileZilla is a tool in the File Transfer category of a tech stack.

Companies
16 companies reportedly use FileZilla in their tech stacks, including The Boltcliq Company, TruFlow Design, and LALALAB.
Developers
59 developers on StackShare have stated that they use FileZilla.

Here are some stack decisions, common use cases and reviews by members of with FileZilla in their tech stack. 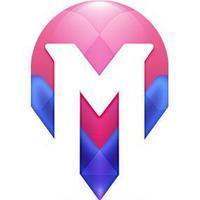 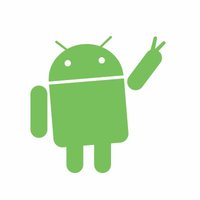 Since the evolution of the Internet, online communities and forums are playing a major p part in information sharing. I signed up for a similar community back in 2008 namely Orkut. We used to share scraps all day. At that time, the only communication we have was through either Orkut or text messaging.

Nobody wanted to share their number with us. and we were not getting any scraps from random girls as we imagined. Even though the popularity of Orkut increased subsequently. However, there was nothing like real-time messaging available in any of the websites. Then comes Facebook.

Facebook's entrance in the market was big. but WHY?

Facebook managed to provide everything Orkut had. And to Top it off, A real Time Messaging Platform "messenger" as we know it today. that was the doom of Orkut.

There are many online communities for Sports, LGBTQ Community, Gaming Community and many more. Communities can see a major downfall if they didn't accept the change. They need to integrate the messaging application into their websites or application. That's what we do at Channelize.io. Have a look and decide for yourself.

Be it a large enterprise or a startup business, you need real-time messaging. we can help you with that.

What are some alternatives to FileZilla?
Cyberduck
It is a libre server and cloud storage browser for Mac and Windows with support for FTP, SFTP, WebDAV, Amazon S3, OpenStack Swift, Backblaze B2, Microsoft Azure & OneDrive, Google Drive and Dropbox.
Putty
It is an SSH and telnet client, developed originally by Simon Tatham for the Windows platform. It is open source software that is available with source code and is developed and supported by a group of volunteers.
cURL
Used in command lines or scripts to transfer data. It is also used in cars, television sets, routers, printers, audio equipment, mobile phones, tablets, and is the internet transfer backbone for thousands of software applications affecting billions of humans daily.
HTTPie
It is a Modern command line HTTP client – user-friendly curl alternative with intuitive UI, JSON support, syntax highlighting, wget-like downloads, extensions, etc
AWS Transfer for SFTP
AWS Transfer for SFTP is a fully managed service that enables the transfer of files directly into and out of Amazon S3 using the Secure File Transfer Protocol (SFTP)—also known as Secure Shell (SSH) File Transfer Protocol. AWS helps you seamlessly migrate your file transfer workflows to AWS Transfer for SFTP—by integrating with existing authentication systems, and providing DNS routing with Amazon Route 53—so nothing changes for your customers and partners, or their applications.
See all alternatives
Related Comparisons