What is Microsoft Power Automate?

It is a service that helps you create automated workflows between your favorite apps and services to synchronize files, get notifications, collect data and more.
Microsoft Power Automate is a tool in the Workflow Manager category of a tech stack.

Here are some stack decisions, common use cases and reviews by companies and developers who chose Microsoft Power Automate in their tech stack. 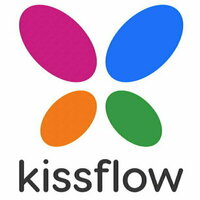 Jobs that mention Microsoft Power Automate as a desired skillset

What are some alternatives to Microsoft Power Automate?
GitHub Actions
It makes it easy to automate all your software workflows, now with world-class CI/CD. Build, test, and deploy your code right from GitHub. Make code reviews, branch management, and issue triaging work the way you want.
Airflow
Use Airflow to author workflows as directed acyclic graphs (DAGs) of tasks. The Airflow scheduler executes your tasks on an array of workers while following the specified dependencies. Rich command lines utilities makes performing complex surgeries on DAGs a snap. The rich user interface makes it easy to visualize pipelines running in production, monitor progress and troubleshoot issues when needed.
Apache Beam
It implements batch and streaming data processing jobs that run on any execution engine. It executes pipelines on multiple execution environments.
Camunda
With Camunda, business users collaborate with developers to model and automate end-to-end processes using BPMN-powered flowcharts that run with the speed, scale, and resiliency required to compete in today’s digital-first world
Luigi
It is a Python module that helps you build complex pipelines of batch jobs. It handles dependency resolution, workflow management, visualization etc. It also comes with Hadoop support built in.
See all alternatives
Related Comparisons