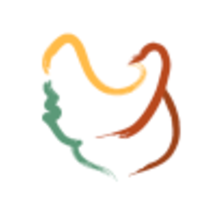 Clojure vs Chicken Scheme: What are the differences?

Clojure and Chicken Scheme can be primarily classified as "Languages" tools.

What are some alternatives to Chicken Scheme and Clojure?
Racket
It is a general-purpose, multi-paradigm programming language based on the Scheme dialect of Lisp. It is designed to be a platform for programming language design and implementation. It is also used for scripting, computer science education, and research.
Common Lisp
Lisp was originally created as a practical mathematical notation for computer programs, influenced by the notation of Alonzo Church's lambda calculus. It quickly became the favored programming language for artificial intelligence (AI) research. As one of the earliest programming languages, Lisp pioneered many ideas in computer science, including tree data structures, automatic storage management, dynamic typing, conditionals, higher-order functions, recursion, and the self-hosting compiler. [source: wikipedia]
JavaScript
JavaScript is most known as the scripting language for Web pages, but used in many non-browser environments as well such as node.js or Apache CouchDB. It is a prototype-based, multi-paradigm scripting language that is dynamic,and supports object-oriented, imperative, and functional programming styles.
PHP
Fast, flexible and pragmatic, PHP powers everything from your blog to the most popular websites in the world.
Python
Python is a general purpose programming language created by Guido Van Rossum. Python is most praised for its elegant syntax and readable code, if you are just beginning your programming career python suits you best.
See all alternatives
Decisions about Chicken Scheme and Clojure

Stitch is run entirely on AWS. All of our transactional databases are run with Amazon RDS, and we rely on Amazon S3 for data persistence in various stages of our pipeline. Our product integrates with Amazon Redshift as a data destination, and we also use Redshift as an internal data warehouse (powered by Stitch, of course).

The majority of our services run on stateless Amazon EC2 instances that are managed by AWS OpsWorks. We recently introduced Kubernetes into our infrastructure to run the scheduled jobs that execute Singer code to extract data from various sources. Although we tend to be wary of shiny new toys, Kubernetes has proven to be a good fit for this problem, and its stability, strong community and helpful tooling have made it easy for us to incorporate into our operations.

While we continue to be happy with Clojure for our internal services, we felt that its relatively narrow adoption could impede Singer's growth. We chose Python both because it is well suited to the task, and it seems to have reached critical mass among data engineers. All that being said, the Singer spec is language agnostic, and integrations and libraries have been developed in JavaScript, Go, and Clojure.

I adopted Clojure and ClojureScript because: