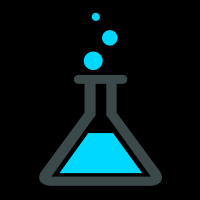 Classy vs Reagent: What are the differences?

What is Classy? Expressive, flexible, and powerful stylesheets for native iOS apps. Not CSS. Instead of trying to force UIKit to fit CSS syntax, properties, conventions and constructs. Classy is a stylesheet system built from the ground up to work in harmony with UIKit. It borrows the best ideas from CSS and introduces new syntax, conventions and constructs where appropriate.

What is Reagent? A minimalistic interface between ClojureScript and React. It allows you to define efficient React components using nothing but plain ClojureScript functions and data, that describe your UI using a Hiccup-like syntax.

Classy and Reagent can be categorized as "Mobile UI Frameworks" tools.

According to the StackShare community, Reagent has a broader approval, being mentioned in 6 company stacks & 6 developers stacks; compared to Classy, which is listed in 3 company stacks and 9 developer stacks.

It allows you to define efficient React components using nothing but plain ClojureScript functions and data, that describe your UI using a Hiccup-like syntax.

Why do developers choose Classy?

Why do developers choose Reagent?

What are the cons of using Classy?

What are the cons of using Reagent?

What companies use Classy?

What companies use Reagent?

What tools integrate with Classy?

What tools integrate with Reagent?

What are some alternatives to Classy and Reagent?
jQuery Mobile
jQuery Mobile is a HTML5-based user interface system designed to make responsive web sites and apps that are accessible on all smartphone, tablet and desktop devices.
Render
React-inspired Swift library for writing UIKit UIs.
SwiftUI
Provides views, controls, and layout structures for declaring your app's user interface. The framework provides event handlers for delivering taps, gestures, and other types of input to your app.
React Native Material Design
An open source project which aims to bring Material Design to Android through React Native by Facebook. The library is made up of many components, which can be found in the sidebar.
Weex
Weex renders code in native widgets in Android & iOS and helps preserve the quality of user experience on critical platforms.
See all alternatives
Decisions about Classy and Reagent
No stack decisions found
Related Comparisons

Reagent is a ClojureScript wrapper around React.js. It hides some of React.js under a Hiccup (another Clojure DSL for describing markup).