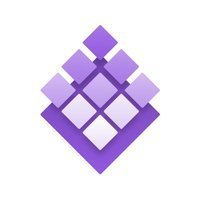 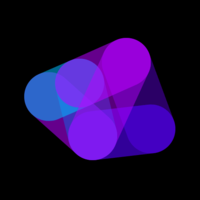 DC/OS vs Mesosphere: What are the differences?

DC/OS: The Datacenter Operating System. The easiest way to run microservices, big data, and containers in production. Unlike traditional operating systems, DC/OS spans multiple machines within a network, aggregating their resources to maximize utilization by distributed applications; Mesosphere: Combine your datacenter servers and cloud instances into one shared pool. Mesosphere offers a layer of software that organizes your machines, VMs, and cloud instances and lets applications draw from a single pool of intelligently- and dynamically-allocated resources, increasing efficiency and reducing operational complexity.

DC/OS and Mesosphere can be primarily classified as "Cluster Management" tools.

On the other hand, Mesosphere provides the following key features:

"Easy to setup a HA cluster" is the top reason why over 4 developers like DC/OS, while over 5 developers mention "Devops" as the leading cause for choosing Mesosphere.

DC/OS is an open source tool with 2.17K GitHub stars and 458 GitHub forks. Here's a link to DC/OS's open source repository on GitHub.

Decision6, Astronomer, and Covve are some of the popular companies that use DC/OS, whereas Mesosphere is used by Keen, GoGuardian, and Qordoba. DC/OS has a broader approval, being mentioned in 19 company stacks & 12 developers stacks; compared to Mesosphere, which is listed in 12 company stacks and 8 developer stacks.

Why do developers choose DC/OS?

Why do developers choose Mesosphere?

What are the cons of using DC/OS?

What are the cons of using Mesosphere?

What are some alternatives to DC/OS and Mesosphere?
Kubernetes
Kubernetes is an open source orchestration system for Docker containers. It handles scheduling onto nodes in a compute cluster and actively manages workloads to ensure that their state matches the users declared intentions.
Apache Mesos
Apache Mesos is a cluster manager that simplifies the complexity of running applications on a shared pool of servers.
Nomad
Nomad is a cluster manager, designed for both long lived services and short lived batch processing workloads. Developers use a declarative job specification to submit work, and Nomad ensures constraints are satisfied and resource utilization is optimized by efficient task packing. Nomad supports all major operating systems and virtualized, containerized, or standalone applications.
kops
It helps you create, destroy, upgrade and maintain production-grade, highly available, Kubernetes clusters from the command line. AWS (Amazon Web Services) is currently officially supported, with GCE in beta support , and VMware vSphere in alpha, and other platforms planned.
YARN Hadoop
Its fundamental idea is to split up the functionalities of resource management and job scheduling/monitoring into separate daemons. The idea is to have a global ResourceManager (RM) and per-application ApplicationMaster (AM).
See all alternatives
Decisions about DC/OS and Mesosphere
No stack decisions found
Related Comparisons

Mesosphere is used for Orchestration of Microservices for the applications which run all the business logic.