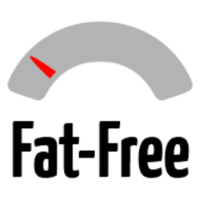 .NET vs Fat-Free: What are the differences?

.NET: A free, cross-platform, open source developer platform for building many different types of applications. .NET is a general purpose development platform. With .NET, you can use multiple languages, editors, and libraries to build native applications for web, mobile, desktop, gaming, and IoT for Windows, macOS, Linux, Android, and more; Fat-Free: PHP micro-framework designed to help you build dynamic and robust Web applications - fast. Fat-Free Framework makes it easy to build entire Web sites in a jiffy. With the same power and brevity as modern Javascript toolkits and libraries, F3 helps you write better-looking and more reliable PHP programs.

.NET and Fat-Free belong to "Frameworks (Full Stack)" category of the tech stack.

"Tight integration with visual studio" is the top reason why over 245 developers like .NET, while over 5 developers mention "Open source" as the leading cause for choosing Fat-Free.

.NET is a general purpose development platform. With .NET, you can use multiple languages, editors, and libraries to build native applications for web, mobile, desktop, gaming, and IoT for Windows, macOS, Linux, Android, and more.

Fat-Free Framework makes it easy to build entire Web sites in a jiffy. With the same power and brevity as modern Javascript toolkits and libraries, F3 helps you write better-looking and more reliable PHP programs.

Why do developers choose .NET?

Why do developers choose Fat-Free?

What are the cons of using .NET?

What are the cons of using Fat-Free?

Jobs that mention .NET and Fat-Free as a desired skillset

What companies use .NET?

What companies use Fat-Free?

What tools integrate with .NET?

What tools integrate with Fat-Free?

What are some alternatives to .NET and Fat-Free?
Node.js
Node.js uses an event-driven, non-blocking I/O model that makes it lightweight and efficient, perfect for data-intensive real-time applications that run across distributed devices.
ASP.NET
.NET is a developer platform made up of tools, programming languages, and libraries for building many different types of applications.
Rails
Rails is a web-application framework that includes everything needed to create database-backed web applications according to the Model-View-Controller (MVC) pattern.
Django
Django is a high-level Python Web framework that encourages rapid development and clean, pragmatic design.
Laravel
It is a web application framework with expressive, elegant syntax. It attempts to take the pain out of development by easing common tasks used in the majority of web projects, such as authentication, routing, sessions, and caching.
See all alternatives
Decisions about .NET and Fat-Free

I use .NET because now that it is cross platform it is a perfect choice for creating small containerised web api apps that can be used in a micro-services architecture.

C# in particular is a very mature and feature rich general purpose language. Great to be able to pivot to a predominantly Linux platform and reuse our skills and investment in .NET

Our first experience with .NET core was when we developed our OSS feature management platform - Tweek (https://github.com/soluto/tweek). We wanted to create a solution that is able to run anywhere (super important for OSS), has excellent performance characteristics and can fit in a multi-container architecture. We decided to implement our rule engine processor in F# , our main service was implemented in C# and other components were built using JavaScript / TypeScript and Go.

Visual Studio Code worked really well for us as well, it worked well with all our polyglot services and the .Net core integration had great cross-platform developer experience (to be fair, F# was a bit trickier) - actually, each of our team members used a different OS (Ubuntu, macos, windows). Our production deployment ran for a time on Docker Swarm until we've decided to adopt Kubernetes with almost seamless migration process.

After our positive experience of running .Net core workloads in containers and developing Tweek's .Net services on non-windows machines, C# had gained back some of its popularity (originally lost to Node.js), and other teams have been using it for developing microservices, k8s sidecars (like https://github.com/Soluto/airbag), cli tools, serverless functions and other projects...

My first introduction to .NET was in the early alpha days, back in the early 2000s. In nearly the two decades that have passed since, it has matured into a very powerful platform. .NET as a platform has always had a great deal of polish that I haven't been able to find anywhere else. The ease of use and general technical excellence of the platform meant that I was delivering value at a consistent rate and with relatively little trouble.

That didn't make anything perfect, of course. The closed nature and the single platform that .NET was traditionally limited to took their toll. In particular, a bug fix that you found and reported might be fixed in the next release (18 months away) or not, with very little input or ability to understand what was going on.

And then the CoreCLR came along. In 2015, we made the decision to move the all of our applications and code into the CoreCLR.

That has been an amazing experience. The fact that I can dive into the source directly has made things so much simpler, and the fact that you can submit patches and interact directly with the core team has been an absolute joy. Our company has contributed several times (some code and mostly some interesting bug reproductions and perf issues) and has been continuously at awe at the level of commitment and (I have no other word) grace that we get from the team.

The fact that we can now run .NET code (and our product) on Windows, Linux, Raspberry PI(!) and Mac has been a great boon to us. We recently deployed our software to a whole lot of industrial robots running custom ARM boards. That is something that would have just been unimaginable every as much as five years ago.

In pretty much respects, the overall community, the core team, the engineering quality and the fact that it brings the polish that I've gotten so used to in environments where you are generally left cobbling things all by yourself means that it is my platform of choice for projects big and small.

Brandon Stirnaman
Architect at Blackbaud · a few seconds ago | 5 upvotes · 4.2K views
at

I chose .NET Core because it finally let me work natively on my macOS and Linux machines but collaborate with coworkers using Windows. Devs use the devices that they feel most capable with.

Having services that can run without changes on Linux let us migrate to containerized deployments on Kubernetes without much effort. The performance we've gotten from small ASP.NET Core services running on Alpine images has been great.

While the versioning of SDK and libraries/meta packages/etc has been kind of nuts.. We also keep getting new features that are really valuable and easy to package into our services.

Just rolling out v3 of the WebJobs SDK which brought simpler DI, filters and more to our Async backend workers. Also preparing to run v2 of Functions in our Azure Kubernetes cluster with virtual-kubelet.

In the last year, the community has finally started heavily moving towards NETStandard 2.0 which has eliminated some of our last points of frustration -- not finding compatible clients/libraries/tools that we could use from .NET Core apps (and, funny enough our older .NET Framework apps too!).

We're all in on .NET Core now.

I have been working in .NET for more than 10 years. As an architect, I understand that enterprises want to lower costs. Full .NET framework, although excellent, has lot of costs around it - starting from Visual Studio for development (Enterprises cannot use Community edition) to Windows Server licensing for hosting. .NET Core makes development faster, cheaper and accessible to anyone. It is easier to convince bosses to go with .NET Core than with the full framework. With Visual Studio Code, development teams can install it in minutes compared to the full day they had to submit their laptop to IT team to get full Visual Studio installed. .NET Core is also highly performant and has been my choice for an IoT project that I have been executing with microservices running in a Docker container managed by Kubernetes! Unless I have a specific need, I preach the gospel of .NET Core.

I use .NET because of its community and Microsoft's commitment to open source. Game backends require many different design strategies, ranging from latency sensitive customer facing services to high-throughput eventually consistent data pipelines. Performance, tooling, and predictability are qualities that make these services successful and .NET helps me get there by having framework features which promote quick prototyping, but are mature enough to harden for production.

I use .NET Core 2.1 because it allows me to bring my OSS applications cross-platform. We're using .NET Core for everything since version 1.1- both front and back end services, or windows services. Moving to newer versions did cause us some problems though, because of the too many breaking changes brought by those versions. We really like dotnet cli extensibility model "DotnetCliTool", because we create plugin for docker build, reportgenerator.

I use .NET because because it allows me to use a functional language like F# and still get the benefit of a massively rich ecosystem of libraries and tools. Coupled with the ability to target different OSs and platforms (from cloud to mobile to IoT) it really feels like a solid investment. In my current contract we are using .Net to build REST APIs and websites - we do this using F# and the Giraffe framework (a functional wrapper on Asp.Net Core) allowing us to benefit from teh advantages of functional approach and yet leverage security and speed of Asp.Net Core. We package these as Docker containers based on an Alpine image and deploy into Azure manage Kubernetes service in the form of Helm Charts. The build and continuous delivery are handled by Azure Dev Ops.

DaveAurionix
at GivePenny · a few seconds ago | 6 upvotes · 15.8K views
at

Context: GivePenny is the charity sponsorship platform for the modern world. We are re-platforming onto .NET Core-based microservices and ReactJS-based micro-frontends in Docker containers hosted on Azure Kubernetes Service.

We use .NET Core because of the easily attainable high quality bar for our microservices. We love the succinct yet clear C# language making code easy to read. We rate the advantages of the strongly-typed aspect of C# and of compiled (so type-checked) unit tests in a "backend" service context. The test stack and tooling support in Visual Studio around service tests, contract management, unit tests, web APIs and publish/subscribe message handlers is easy to work with. The easy integration between Visual Studio and Azure Resource Manager based infrastructure, Azure DevOps, Nuget and Docker makes build, publishing, release and hosting very easy. The cross-platform nature of .NET Core allows Windows and Linux developers to co-exist and services to be hosted on multiple platforms.

I started using .NET in the early 2000s. Ever since version .NET 3.5 (and even .NET 2.0 if we take a proper generics implementation into account), C# was dominating in the feature battle against its rival, yet wasn't advancing significantly in the product coverage due to its platform dependency.

Thus I was very excited to hear the news about plans to develop an open-sourced cross-platform .NET Core framework. We started using .NET Core in production from version 1.1, and a global decision to migrate the entire solution to .NET Core was made with the release of .NET Core 2.0. Now we have more than 100 .NET Core (micro)services running on Linux containers inside Kubernetes, using Kafka for reactive communications and a number of open-source relational and NoSQL storage engines.