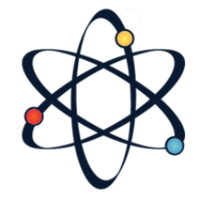 Gitter vs Let's Chat: What are the differences?

What is Gitter? Messaging for people who make software. Integrated with your team, projects and your code. Free chat rooms for your public repositories A bit like IRC only smarter. Chats for private repositories as well as organisations..

What is Let's Chat? Open source self-hosted chat app for small teams. Let's Chat is a persistent messaging application that runs on Node.js and MongoDB. It's designed to be easily deployable and fits well with small, intimate teams. It's free (MIT licensed) and ships with killer features such as LDAP/Kerberos authentication, a REST-like API and XMPP support.

On the other hand, Let's Chat provides the following key features:

"Github integration" is the top reason why over 62 developers like Gitter, while over 6 developers mention "Open source" as the leading cause for choosing Let's Chat.

What is Let's Chat?

Let's Chat is a persistent messaging application that runs on Node.js and MongoDB. It's designed to be easily deployable and fits well with small, intimate teams. It's free (MIT licensed) and ships with killer features such as LDAP/Kerberos authentication, a REST-like API and XMPP support.

Why do developers choose Let's Chat?

What are the cons of using Let's Chat?

What companies use Let's Chat?

What tools integrate with Let's Chat?

What are some alternatives to Gitter and Let's Chat?
Slack
Imagine all your team communication in one place, instantly searchable, available wherever you go. That’s Slack. All your messages. All your files. And everything from Twitter, Dropbox, Google Docs, Asana, Trello, GitHub and dozens of other services. All together.
Discord
Discord is a modern free voice & text chat app for groups of gamers. Our resilient Erlang backend running on the cloud has built in DDoS protection with automatic server failover.
GitHub
GitHub is the best place to share code with friends, co-workers, classmates, and complete strangers. Over three million people use GitHub to build amazing things together.
Riot
Riot brings custom tags to all browsers. Think React + Polymer but with enjoyable syntax and a small learning curve.
Mattermost
Mattermost is modern communication from behind your firewall.
See all alternatives
Decisions about Gitter and Let's Chat