Haskell vs OCaml: What are the differences?

Haskell and OCaml can be categorized as "Languages" tools.

thoughtbot, Wagon, and CentralApp are some of the popular companies that use Haskell, whereas OCaml is used by Hammer Lab, NG Informática, and Maersk Digital. Haskell has a broader approval, being mentioned in 47 company stacks & 337 developers stacks; compared to OCaml, which is listed in 6 company stacks and 6 developer stacks.

Cons of Haskell
Cons of OCaml

It is a general purpose language that can be used in any domain and use case, it is ideally suited for proprietary business logic and data analysis, fast prototyping and enhancing existing software environments with correct code, performance and scalability.

It is an industrial strength programming language supporting functional, imperative and object-oriented styles. It is the technology of choice in companies where a single mistake can cost millions and speed matters, 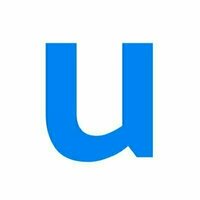 What companies use Haskell?

What companies use OCaml?

See which teams inside your own company are using Haskell or OCaml.
Sign up for StackShare EnterpriseLearn More

What tools integrate with Haskell?

What tools integrate with OCaml?

What are some alternatives to Haskell and OCaml?
Scala
Scala is an acronym for “Scalable Language”. This means that Scala grows with you. You can play with it by typing one-line expressions and observing the results. But you can also rely on it for large mission critical systems, as many companies, including Twitter, LinkedIn, or Intel do. To some, Scala feels like a scripting language. Its syntax is concise and low ceremony; its types get out of the way because the compiler can infer them.
Clojure
Clojure is designed to be a general-purpose language, combining the approachability and interactive development of a scripting language with an efficient and robust infrastructure for multithreaded programming. Clojure is a compiled language - it compiles directly to JVM bytecode, yet remains completely dynamic. Clojure is a dialect of Lisp, and shares with Lisp the code-as-data philosophy and a powerful macro system.
Erlang
Some of Erlang's uses are in telecoms, banking, e-commerce, computer telephony and instant messaging. Erlang's runtime system has built-in support for concurrency, distribution and fault tolerance. OTP is set of Erlang libraries and design principles providing middle-ware to develop these systems.
Rust
Rust is a systems programming language that combines strong compile-time correctness guarantees with fast performance. It improves upon the ideas of other systems languages like C++ by providing guaranteed memory safety (no crashes, no data races) and complete control over the lifecycle of memory.
Python
Python is a general purpose programming language created by Guido Van Rossum. Python is most praised for its elegant syntax and readable code, if you are just beginning your programming career python suits you best.
See all alternatives
See all the technologies you’re using across your company.
Sign up for StackShare EnterpriseLearn More