Heads up! You are comparing apples to oranges. Here is a related, more direct comparison: WebGL vs three.js
HomeApplication and DataLanguages & FrameworksLanguages 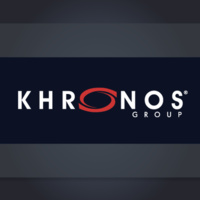 HTML5 vs WebGL: What are the differences?

What is WebGL? A JavaScript API for rendering 3D graphics within any compatible web browser. It is integrated completely into all the web standards of the browser allowing GPU accelerated usage of physics and image processing and effects as part of the web page canvas. Its elements can be mixed with other HTML elements.

HTML5 is a core technology markup language of the Internet used for structuring and presenting content for the World Wide Web. As of October 2014 this is the final and complete fifth revision of the HTML standard of the World Wide Web Consortium (W3C). The previous version, HTML 4, was standardised in 1997.

It is integrated completely into all the web standards of the browser allowing GPU accelerated usage of physics and image processing and effects as part of the web page canvas. Its elements can be mixed with other HTML elements.

Why do developers choose HTML5?

Why do developers choose WebGL?

What are the cons of using HTML5?

What are the cons of using WebGL?

What companies use HTML5?

What companies use WebGL?

What tools integrate with HTML5?

What tools integrate with WebGL?

What are some alternatives to HTML5 and WebGL?
Android SDK
Android provides a rich application framework that allows you to build innovative apps and games for mobile devices in a Java language environment.
JavaScript
JavaScript is most known as the scripting language for Web pages, but used in many non-browser environments as well such as node.js or Apache CouchDB. It is a prototype-based, multi-paradigm scripting language that is dynamic,and supports object-oriented, imperative, and functional programming styles.
WordPress
The core software is built by hundreds of community volunteers, and when you’re ready for more there are thousands of plugins and themes available to transform your site into almost anything you can imagine. Over 60 million people have chosen WordPress to power the place on the web they call “home” — we’d love you to join the family.
Java
Java is a programming language and computing platform first released by Sun Microsystems in 1995. There are lots of applications and websites that will not work unless you have Java installed, and more are created every day. Java is fast, secure, and reliable. From laptops to datacenters, game consoles to scientific supercomputers, cell phones to the Internet, Java is everywhere!
AngularJS
AngularJS lets you write client-side web applications as if you had a smarter browser. It lets you use good old HTML (or HAML, Jade and friends!) as your template language and lets you extend HTML’s syntax to express your application’s components clearly and succinctly. It automatically synchronizes data from your UI (view) with your JavaScript objects (model) through 2-way data binding.
See all alternatives
Decisions about HTML5 and WebGL

I use Webpack and Babel to compile the JavaScript. TypeScript can compile to JavaScript directly but Babel offers a few more options and polyfills so you can use the latest (and even prerelease) JavaScript features today and compile to be backwards compatible with virtually any browser. My favorite recent addition is "optional chaining" which greatly simplifies and increases readability of a number of sections of my code dealing with getting and setting data in nested objects.

I use some Ruby scripts to process images with ImageMagick and pngquant to optimise for size and even auto insert responsive image code into the HTML5. Ruby is the ultimate cross platform scripting language. Even as your scripts become large, Ruby allows you to refacto