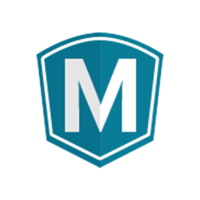 MEAN vs Zend Framework: What are the differences?

Developers describe MEAN as "A Simple, Scalable and Easy starting point for full stack javascript web development". MEAN (Mongo, Express, Angular, Node) is a boilerplate that provides a nice starting point for MongoDB, Node.js, Express, and AngularJS based applications. It is designed to give you a quick and organized way to start developing MEAN based web apps with useful modules like Mongoose and Passport pre-bundled and configured. On the other hand, Zend Framework is detailed as "An open source, object-oriented web application framework implemented in PHP 5". Zend Framework 2 is an open source framework for developing web applications and services using PHP 5.3+. Zend Framework 2 uses 100% object-oriented code and utilises most of the new features of PHP 5.3, namely namespaces, late static binding, lambda functions and closures.

MEAN and Zend Framework can be categorized as "Frameworks (Full Stack)" tools.

"Javascript" is the primary reason why developers consider MEAN over the competitors, whereas "Open source" was stated as the key factor in picking Zend Framework.

According to the StackShare community, Zend Framework has a broader approval, being mentioned in 40 company stacks & 22 developers stacks; compared to MEAN, which is listed in 37 company stacks and 24 developer stacks.

MEAN (Mongo, Express, Angular, Node) is a boilerplate that provides a nice starting point for MongoDB, Node.js, Express, and AngularJS based applications. It is designed to give you a quick and organized way to start developing MEAN based web apps with useful modules like Mongoose and Passport pre-bundled and configured.

What is Zend Framework?

It is an open source framework for developing web applications and services using PHP 5.3+. It uses 100% object-oriented code and utilizes most of the new features of namely namespaces, late static binding, lambda functions and closures.

Why do developers choose MEAN?

Why do developers choose Zend Framework?

What are the cons of using MEAN?

What are the cons of using Zend Framework?

What companies use MEAN?

What companies use Zend Framework?

What tools integrate with MEAN?

What tools integrate with Zend Framework?

What are some alternatives to MEAN and Zend Framework?
Mode
Created by analysts, for analysts, Mode is a SQL-based analytics tool that connects directly to your database. Mode is designed to alleviate the bottlenecks in today's analytical workflow and drive collaboration around data projects.
Node.js
Node.js uses an event-driven, non-blocking I/O model that makes it lightweight and efficient, perfect for data-intensive real-time applications that run across distributed devices.
ASP.NET
.NET is a developer platform made up of tools, programming languages, and libraries for building many different types of applications.
Rails
Rails is a web-application framework that includes everything needed to create database-backed web applications according to the Model-View-Controller (MVC) pattern.
Django
Django is a high-level Python Web framework that encourages rapid development and clean, pragmatic design.
See all alternatives
Decisions about MEAN and Zend Framework
No stack decisions found
Related Comparisons

Zend framework is firstly designed for experienced professional developers, who have been part of international teams for years. With Zend Framework one could harness nuances of high scale eLearning, eCommerce and eBanking applications without fuss and implement robust, market demands meeting solutions. Zend Framework ships simple, without modules installed, so firstly to build up bare-bones for simple modular app, you will have to preinstall the set of GitHub hosted plugins and modules. Added to the mix, Microsoft is one of the main sponsors of the Zend Framework project, so your company would experience state of the art technologies mash up right away from the beginning of implementing theoretical application project to code stack. All in all, several international associations are awaiting you to enroll to enhance the experience of using Zend Framework 2.

How developers use MEAN and Zend Framework

MongoDB is a solid NoSQL store. Angular.js is being vetted as a potential front-end framework for the website (though it may ultimately not be used for the non-app site). Everything is running on node.js and hosted via an Express.js web server (though we are looking into Koa.js as it is the official successor to Express.js)

FULL STACK ( preferred if;at all possible! ). Any "NEW" project (all me) I am tasked with I try to sketch it out with MEAN in mind first and then will tweak or stray from the 'plan' when necessary

The older parts of our core are still using ZF1. We are migrating to simpler framework agnostic controllers with 3rd party components.

used zend with working with a client for around a year.