Oracle Linux vs Red Hat Enterprise Linux: What are the differences?

What is Oracle Linux? Leading enterprise and SMB SaaS application suites for ERP, HCM & CX, with best-in-class database PaaS & IaaS from data centers worldwide. #Oracle. The Oracle Cloud offers complete SaaS application suites for ERP, HCM and CX, plus best-in-class database Platform as a Service (PaaS) and Infrastructure as a Service (IaaS) from data centers throughout the Americas, Europe and Asia. For more informati...

What is Oracle Linux?

The Oracle Cloud offers complete SaaS application suites for ERP, HCM and CX, plus best-in-class database Platform as a Service (PaaS) and Infrastructure as a Service (IaaS) from data centers throughout the Americas, Europe and Asia. For more informati...

What is Red Hat Enterprise Linux?

Red Hat Enterprise Linux is the industry-leading Linux that provides the foundation for next-generation architectures, with support for all major hardware platforms and thousands of commercial and custom applications. 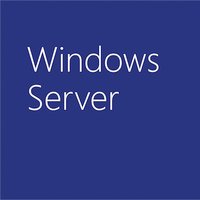 What companies use Oracle Linux?

See which teams inside your own company are using Oracle Linux or Red Hat Enterprise Linux.
Sign up for StackShare EnterpriseLearn More

What tools integrate with Oracle Linux?

What are some alternatives to Oracle Linux and Red Hat Enterprise Linux?
CentOS
The CentOS Project is a community-driven free software effort focused on delivering a robust open source ecosystem. For users, we offer a consistent manageable platform that suits a wide variety of deployments. For open source communities, we offer a solid, predictable base to build upon, along with extensive resources to build, test, release, and maintain their code.
Windows
A series of personal computer operating systems produced by Microsoft as part of its Windows NT family of operating systems.
Ubuntu
Ubuntu is an ancient African word meaning ‘humanity to others’. It also means ‘I am what I am because of who we all are’. The Ubuntu operating system brings the spirit of Ubuntu to the world of computers.
Fedora
Fedora is a ﻿Linux-based operating system that provides users with access to the latest free and open source software, in a stable, secure and easy to manage form. Fedora is the largest of many free software creations of the Fedora Project. Because of its predominance, the word "Fedora" is often used interchangeably to mean both the Fedora Project and the Fedora operating system.
Debian
Debian systems currently use the Linux kernel or the FreeBSD kernel. Linux is a piece of software started by Linus Torvalds and supported by thousands of programmers worldwide. FreeBSD is an operating system including a kernel and other software.
See all alternatives
See all the technologies you’re using across your company.
Sign up for StackShare EnterpriseLearn More