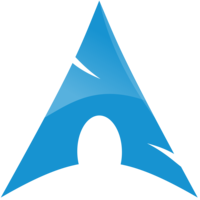 A lightweight and flexible Linux distribution that tries to Keep It Simple.
archlinux.org
401
381
+ 1
81

A lightweight and flexible Linux distribution that tries to Keep It Simple.
Arch Linux is a tool in the Operating Systems category of a tech stack.

Companies
20 companies reportedly use Arch Linux in their tech stacks, including Decision6, Chilli, and Fast.io.
Developers
372 developers on StackShare have stated that they use Arch Linux.

Netdata, Pylint, Rex, Apache OpenMeetings, and Mill are some of the popular tools that integrate with Arch Linux. Here's a list of all 7 tools that integrate with Arch Linux.
Pros of Arch Linux
13
Large Community
11
Package Manager
10
Customizable
9
Arch User Repository
9
Rolling Release
8
Bleeding Edge
8
Extensive Documentation
6
Arch Build System
5
X86_64 architecture supported
2
Can fix bugs yourself if you know how to
Decisions about Arch Linux

Here are some stack decisions, common use cases and reviews by companies and developers who chose Arch Linux in their tech stack. 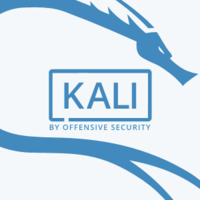 I do find Linux-based systems to be cool! However, I am confused when it comes to which Linux operating system to use. I cannot make my mind between Arch Linux and Kali Linux. Guys, give me some advice if you would be so kind.

What are some alternatives to Arch Linux?
Ubuntu
Ubuntu is an ancient African word meaning ‘humanity to others’. It also means ‘I am what I am because of who we all are’. The Ubuntu operating system brings the spirit of Ubuntu to the world of computers.
Debian
Debian systems currently use the Linux kernel or the FreeBSD kernel. Linux is a piece of software started by Linus Torvalds and supported by thousands of programmers worldwide. FreeBSD is an operating system including a kernel and other software.
Kali Linux
It is a Debian-based Linux distribution aimed at advanced Penetration Testing and Security Auditing. It contains several hundred tools which are geared towards various information security tasks, such as Penetration Testing, Security research, Computer Forensics and Reverse Engineering.
CentOS
The CentOS Project is a community-driven free software effort focused on delivering a robust open source ecosystem. For users, we offer a consistent manageable platform that suits a wide variety of deployments. For open source communities, we offer a solid, predictable base to build upon, along with extensive resources to build, test, release, and maintain their code.
Manjaro
It is an accessible, friendly, open-source Linux distribution and community. Based on Arch Linux, it provides all the benefits of cutting-edge software combined with a focus on getting started quickly, automated tools to require less manual intervention, and help readily available when needed.
See all alternatives
Related Comparisons