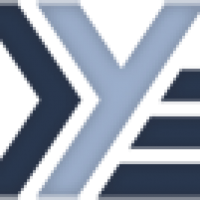 Rails vs Yesod: What are the differences?

Developers describe Rails as "Web development that doesn't hurt". Rails is a web-application framework that includes everything needed to create database-backed web applications according to the Model-View-Controller (MVC) pattern. On the other hand, Yesod is detailed as "A RESTful Haskell web framework built on WAI". Yesod believes in the philosophy of making the compiler your ally, not your enemy. We use the type system to enforce as much as possible, from generating proper links, to avoiding XSS attacks, to dealing with character encoding issues. In general, if your code compiles, it works. And instead of declaring types everywhere you let the compiler figure them out for you with type inference.

Rails and Yesod can be categorized as "Frameworks (Full Stack)" tools.

"Rapid development" is the primary reason why developers consider Rails over the competitors, whereas "Haskell" was stated as the key factor in picking Yesod.

Airbnb, Twitter, and Instacart are some of the popular companies that use Rails, whereas Yesod is used by FP Complete, DoxIQ, and SimplyRETS. Rails has a broader approval, being mentioned in 2321 company stacks & 796 developers stacks; compared to Yesod, which is listed in 5 company stacks and 5 developer stacks.

Yesod believes in the philosophy of making the compiler your ally, not your enemy. We use the type system to enforce as much as possible, from generating proper links, to avoiding XSS attacks, to dealing with character encoding issues. In general, if your code compiles, it works. And instead of declaring types everywhere you let the compiler figure them out for you with type inference.

Why do developers choose Yesod?

What are the cons of using Yesod?

Jobs that mention Rails and Yesod as a desired skillset

What companies use Yesod?

What tools integrate with Yesod?

What are some alternatives to Rails and Yesod?
Django
Django is a high-level Python Web framework that encourages rapid development and clean, pragmatic design.
Ruby
Ruby is a language of careful balance. Its creator, Yukihiro “Matz” Matsumoto, blended parts of his favorite languages (Perl, Smalltalk, Eiffel, Ada, and Lisp) to form a new language that balanced functional programming with imperative programming.
Sinatra
Sinatra is a DSL for quickly creating web applications in Ruby with minimal effort.
React
Lots of people use React as the V in MVC. Since React makes no assumptions about the rest of your technology stack, it's easy to try it out on a small feature in an existing project.
Laravel
It is a web application framework with expressive, elegant syntax. It attempts to take the pain out of development by easing common tasks used in the majority of web projects, such as authentication, routing, sessions, and caching.
See all alternatives
Decisions about Rails and Yesod

StackShare Editors
a few seconds ago | 3 upvotes · 13.5K views
at

When starting a new company and building a new product w/ limited engineering we chose to optimize for expertise and rapid development, landing on Rails API, w/ AngularJS on the front.

The reality is that we're building a CRUD app, so we considered going w/ vanilla Rails MVC to optimize velocity early on (it may not be sexy, but it gets the job done). Instead, we opted to split the codebase to allow for a richer front-end experience, focus on skill specificity when hiring, and give us the flexibility to be consumed by multiple clients in the future.

We also considered .NET core or Node.js for the API layer, and React on the front-end, but our experiences dealing with mature Node APIs and the rapid-fire changes that comes with state management in React-land put us off, given our level of experience with those tools.

We're using GitHub and Trello to track issues and projects, and a plethora of other tools to help the operational team, like Zapier, MailChimp, Google Drive with some basic Vue.js & HTML5 apps for smaller internal-facing web projects.