Reaction Commerce vs WooCommerce: What are the differences?

Developers describe Reaction Commerce as "API-first, headless commerce platform". It is an API-first, modular commerce stack made for ambitious brands and retailers. It’s service-based architecture is built to deliver flexibility and freedom at scale. On the other hand, WooCommerce is detailed as "The most popular WordPress eCommerce plugin". WooCommerce is the most popular WordPress eCommerce plugin. And it's available for free. Packed full of features, perfectly integrated into your self-hosted WordPress website.

Reaction Commerce and WooCommerce belong to "Ecommerce" category of the tech stack.

Some of the features offered by Reaction Commerce are:

On the other hand, WooCommerce provides the following key features: 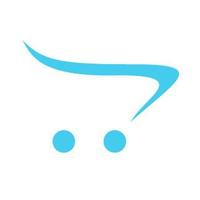 we've had alot of shopify clients and do alot of those website builds, but we decided a little while back to transfer any client possible to woocommerce, for our e-com web development, as there is alot more functionality available with zoo-commerce. you can have a look at our examples and even our own website in the link provided.

What is Reaction Commerce?

It is an API-first, modular commerce stack made for ambitious brands and retailers. It’s service-based architecture is built to deliver flexibility and freedom at scale.

WooCommerce is the most popular WordPress eCommerce plugin. And it's available for free. Packed full of features, perfectly integrated into your self-hosted WordPress website.

What companies use Reaction Commerce?

What companies use WooCommerce?

See which teams inside your own company are using Reaction Commerce or WooCommerce.
Sign up for StackShare EnterpriseLearn More

What tools integrate with Reaction Commerce?

What tools integrate with WooCommerce?

What are some alternatives to Reaction Commerce and WooCommerce?
Shopify
Shopify powers tens of thousands of online retailers including General Electric, Amnesty International, CrossFit, Tesla Motors, Encyclopaedia Britannica, Foo Fighters, GitHub, and more. Our platform allows users to easily and quickly create their own online store without all the technical work involved in developing their own website, or the huge expense of having someone else build it. Shopify lets merchants manage all aspects of their shops: uploading products, changing the design, accepting credit card orders, and viewing their incoming orders and completed transactions.
Magento
Magento Community Edition is perfect if you’re a developer who wants to build your own solution with flexible eCommerce technology. You can modify the core code and add a wide variety of features and functionality.
Saleor
Saleor is a rapidly-growing open source e-commerce platform that has served high-volume companies from branches like publishing and apparel since 2012. Based on Python and Django, the latest major update introduces a modular front end powered by a GraphQL API and written with React and TypeScript.
OpenCart
It is an online store management system. It is PHP-based, using a MySQL database and HTML components. Support is provided for different languages and currencies. It is freely available under the GNU General Public License.
Spree
The Spree storefront offers a full feature set and is built on common standards, so you don't have to compromise speed to market, efficiency or innovation. The modular platform allows you to easily configure, supplement or replace any functionality you need, so that you can build the exact storefront that you want.
See all alternatives
See all the technologies you’re using across your company.
Sign up for StackShare EnterpriseLearn More