Armory.io makes deployments boring (like ‘waiting for your code to compile’ boring), non-events that happen continuously, and always in the background. We do that by simplifying the installation and configuration of Spinnaker - an open source continuous delivery platform from Netflix.
Armory is a tool in the Continuous Deployment category of a tech stack.

Here are some stack decisions, common use cases and reviews by companies and developers who chose Armory in their tech stack. 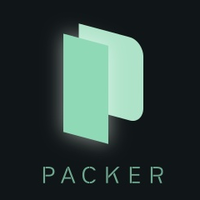 What are some alternatives to Armory?
Spinnaker
Created at Netflix, it has been battle-tested in production by hundreds of teams over millions of deployments. It combines a powerful and flexible pipeline management system with integrations to the major cloud providers.
Godot
It is an advanced, feature-packed, multi-platform 2D and 3D open source game engine. It is developed by hundreds of contributors from all around the world.
AWS CodePipeline
CodePipeline builds, tests, and deploys your code every time there is a code change, based on the release process models you define.
Buddy
Git platform for web and software developers with Docker-based tools for Continuous Integration and Deployment.
Google Cloud Build
Cloud Build lets you build software quickly across all languages. Get complete control over defining custom workflows for building, testing, and deploying across multiple environments such as VMs, serverless, Kubernetes, or Firebase.
See all alternatives
Related Comparisons