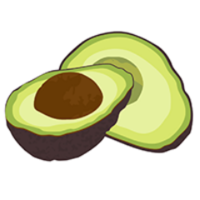 ArangoDB vs RocksDB: What are the differences?

ArangoDB and RocksDB belong to "Databases" category of the tech stack.

Some of the features offered by ArangoDB are:

On the other hand, RocksDB provides the following key features:

"Grahps and documents in one DB" is the primary reason why developers consider ArangoDB over the competitors, whereas "Very fast" was stated as the key factor in picking RocksDB.

AresRPG, Stepsize, and Brainhub are some of the popular companies that use ArangoDB, whereas RocksDB is used by Facebook, LinkedIn, and Skry, Inc.. ArangoDB has a broader approval, being mentioned in 11 company stacks & 15 developers stacks; compared to RocksDB, which is listed in 6 company stacks and 7 developer stacks.

Why do developers choose ArangoDB?

What are the cons of using ArangoDB? 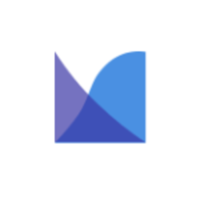 What companies use ArangoDB?

What tools integrate with ArangoDB?

What are some alternatives to ArangoDB and RocksDB?
Neo4j
Neo4j stores data in nodes connected by directed, typed relationships with properties on both, also known as a Property Graph. It is a high performance graph store with all the features expected of a mature and robust database, like a friendly query language and ACID transactions.
MongoDB
MongoDB stores data in JSON-like documents that can vary in structure, offering a dynamic, flexible schema. MongoDB was also designed for high availability and scalability, with built-in replication and auto-sharding.
PostgreSQL
PostgreSQL is an advanced object-relational database management system that supports an extended subset of the SQL standard, including transactions, foreign keys, subqueries, triggers, user-defined types and functions.
Cassandra
Partitioning means that Cassandra can distribute your data across multiple machines in an application-transparent matter. Cassandra will automatically repartition as machines are added and removed from the cluster. Row store means that like relational databases, Cassandra organizes data by rows and columns. The Cassandra Query Language (CQL) is a close relative of SQL.
OrientDB
It is an open source NoSQL database management system written in Java. It is a Multi-model database, supporting graph, document, key/value, and object models, but the relationships are managed as in graph databases with direct connections between records.
See all alternatives
Decisions about ArangoDB and RocksDB
No stack decisions found
Related Comparisons