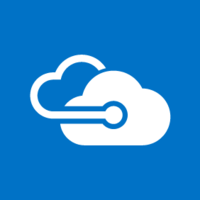 Azure Websites vs Clever Cloud: What are the differences?

Developers describe Azure Websites as "Deploy and scale modern websites and web apps in seconds". Azure Websites is a fully managed Platform-as-a-Service (PaaS) that enables you to build, deploy and scale enterprise-grade web Apps in seconds. Focus on your application code, and let Azure take care of the infrastructure to scale and securely run it for you. On the other hand, Clever Cloud is detailed as "Deploy and run apps with bulletproof infrastructure, automatic scaling, and fair pricing". Clever Cloud is a polyglot cloud application platform. The service helps developers to build applications with many languages and services, with auto-scaling features and a true pay-as-you-go pricing model.

Azure Websites and Clever Cloud can be primarily classified as "Platform as a Service" tools.

Some of the features offered by Azure Websites are:

On the other hand, Clever Cloud provides the following key features:

"Ease of deployment" is the top reason why over 14 developers like Azure Websites, while over 146 developers mention "Quick & easy setup" as the leading cause for choosing Clever Cloud.

Microsoft, Jet.com, and Crowdkeep are some of the popular companies that use Azure Websites, whereas Clever Cloud is used by Accenture, Uplust, and Rude Baguette. Azure Websites has a broader approval, being mentioned in 73 company stacks & 36 developers stacks; compared to Clever Cloud, which is listed in 21 company stacks and 3 developer stacks.

What is Azure Websites?

Azure Websites is a fully managed Platform-as-a-Service (PaaS) that enables you to build, deploy and scale enterprise-grade web Apps in seconds. Focus on your application code, and let Azure take care of the infrastructure to scale and securely run it for you.

What is Clever Cloud?

Clever Cloud is a polyglot cloud application platform. The service helps developers to build applications with many languages and services, with auto-scaling features and a true pay-as-you-go pricing model.

Why do developers choose Azure Websites?

Why do developers choose Clever Cloud?

What are the cons of using Azure Websites?

What are the cons of using Clever Cloud?

What companies use Azure Websites?

What companies use Clever Cloud?

What tools integrate with Azure Websites?

What tools integrate with Clever Cloud?

What are some alternatives to Azure Websites and Clever Cloud?
Heroku
Heroku is a cloud application platform – a new way of building and deploying web apps. Heroku lets app developers spend 100% of their time on their application code, not managing servers, deployment, ongoing operations, or scaling.
Google App Engine
Google has a reputation for highly reliable, high performance infrastructure. With App Engine you can take advantage of the 10 years of knowledge Google has in running massively scalable, performance driven systems. App Engine applications are easy to build, easy to maintain, and easy to scale as your traffic and data storage needs grow.
AWS Elastic Beanstalk
Once you upload your application, Elastic Beanstalk automatically handles the deployment details of capacity provisioning, load balancing, auto-scaling, and application health monitoring.
Apollo
Build a universal GraphQL API on top of your existing REST APIs, so you can ship new application features fast without waiting on backend changes.
OpenShift
OpenShift is Red Hat's Cloud Computing Platform as a Service (PaaS) offering. OpenShift is an application platform in the cloud where application developers and teams can build, test, deploy, and run their applications.
See all alternatives
Decisions about Azure Websites and Clever Cloud
No stack decisions found
Related Comparisons

We have recently moved our Playframework app to Clevercloud. It was relatively painless and the few issues we did have was mostly of the RTM type.... in fact, everything came down to minor configuration tweaks on our side... the Clevercloud stack performed flawlessly throughout.

The Clevercloud team doesn't have a moat of "Level 1 Support" people around their technical experts, who try to fob off support queries with canned responses, like a lot of other hosting companies do.... when you have a technical question it gets answered by a member of the core engineering team, pretty much straight away. They are knowledgeable, think out the box and are willing to entertain non-standard requests (within reason).

The platform is accessible via a web-based console or a custom CLI. Both are easy and straightforward to use. Changing your scaling strategy (vertical, horizontal or both) is dead simple, as are deployments (git push). We don't use Github, but I understand things are even easier if you do. The infrastructure also seems quite robust (a little early to tell for sure) and is certainly performant.

For us as primarily software developers who do server admin, etc. mostly in self-defence, the Clevercloud platform and team is heaven sent. It's like having your own data centre, run by your own team of dedicated devops ninjas... at a fraction of the price and none of the HR issues 😄

I adopted node.js the year it came out. I have hosted my experimental and general purpose sites on many cloud hosting services, including ones that don't exist any more.

Clever Cloud has been by far the best experience yet. There was a brief, steep learning curve, but I had excellent personal support from Quentin himself and several other excellent techs.

I have high confidence in this service and I will recommend it to my associates and expect to deploy large scale sites soon. All I can say is good job and well done! They do everything right, and its a breeze tracking and controlling many sites.

I work as a freelancer and I'm used to pick the right tool for the right job. As a result I have projects in Node.js, Play framework, JEE with multiple DB engines (postgresql, mysql, couchbase, mongodb)… Using a PaaS with native support of these stacks make me save lots of time. I can also setup beta environments to share ongoing work with my clients before prime-time. Deployment fits well in my workflow (git push). The blue-green deployment process saved my ass several times when I needed to deploy fixes during a surge of traffic.

The support is quick to answer and takes feedback into account.

The platform is really easy to use, everything works as expected, no surprise. The first app I deployed was a Spring Boot app; in less than an hour, I've been able to write the hello world app, subscribe and deploy.

The pricing is fair, and you pay for your use only (no hidden cost such as app storage or something like that).

And the biggest point: the support is awesome. If you miss something, just ask: they will give you the help you need.

To sum up: give a try, and I'm pretty sure you will never go back.

We use clever to host a CRM and everything is cool in my experience; a lot of tools to deploy in a few clicks, MySQL ? 2 clicks. A web app for your CMS ? 3 clicks. Deploy a new version? 1 git push.

Just easy to setup, easy to maintain, easy to engage new developer on this stack, and if you need some help, ping them and see how fast your question we be answered, at night, on weekends...

OH, and your know what? It just works all the time, and pricing is fair.

How developers use Azure Websites and Clever Cloud

We use Azure's Websites to host our app and site. Continuous deployment from GitHub is the handiest feature, check in and before you know it your updated site is already online.