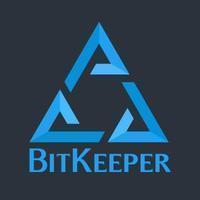 BitKeeper vs Plastic SCM: What are the differences?

What is BitKeeper? Enterprise-ready version control, now open-source. BitKeeper is a fast, enterprise-ready, distributed SCM that scales up to very large projects and down to tiny ones.

Some of the features offered by BitKeeper are:

On the other hand, Plastic SCM provides the following key features:

BitKeeper is a fast, enterprise-ready, distributed SCM that scales up to very large projects and down to tiny ones.

Why do developers choose BitKeeper?

What are the cons of using BitKeeper?

What companies use BitKeeper?

What tools integrate with BitKeeper?

What are some alternatives to BitKeeper and Plastic SCM?
Git
Git is a free and open source distributed version control system designed to handle everything from small to very large projects with speed and efficiency.
Mercurial
Mercurial is dedicated to speed and efficiency with a sane user interface. It is written in Python. Mercurial's implementation and data structures are designed to be fast. You can generate diffs between revisions, or jump back in time within seconds.
SVN (Subversion)
Subversion exists to be universally recognized and adopted as an open-source, centralized version control system characterized by its reliability as a safe haven for valuable data; the simplicity of its model and usage; and its ability to support the needs of a wide variety of users and projects, from individuals to large-scale enterprise operations.
Pijul
Pijul is a free and open source (AGPL 3) distributed version control system. Its distinctive feature is to be based on a sound theory of patches, which makes it easy to learn and use, and really distributed.
Magit
It is an interface to the version control system Git, implemented as an Emacs package. It aspires to be a complete Git porcelain. While we cannot (yet) claim that it wraps and improves upon each and every Git command, it is complete enough to allow even experienced Git users to perform almost all of their daily version control tasks directly from within Emacs. While many fine Git clients exist, only deserve to be called porcelains.
See all alternatives
Decisions about BitKeeper and Plastic SCM
No stack decisions found
Related Comparisons