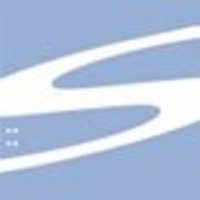 What is SVN (Subversion)?

Subversion exists to be universally recognized and adopted as an open-source, centralized version control system characterized by its reliability as a safe haven for valuable data; the simplicity of its model and usage; and its ability to support the needs of a wide variety of users and projects, from individuals to large-scale enterprise operations.
SVN (Subversion) is a tool in the Version Control System category of a tech stack.
SVN (Subversion) is an open source tool with 376 GitHub stars and 139 GitHub forks. Here’s a link to SVN (Subversion)'s open source repository on GitHub

Here are some stack decisions, common use cases and reviews by companies and developers who chose SVN (Subversion) in their tech stack.

I use Git instead of SVN (Subversion) because it allows us to scale our development team. At any given time, the Zulip open source project has hundreds of open pull requests from tens of contributors, each in various stages of the pipeline. Git's workflow makes it very easy to context switch between different feature branches.

I use Git because it is most popular version control system. Before that I using SVN (Subversion) with great success. Offline working in Git is man reason while I start switching from Subversion. Since more and more project start using Git at the time, I start migrate to it as well.

My current work has taught me so much of SVN. Though it is classic and has own pros and cons, I like it too specially the way it handles and tracks the edits with revision numbers and merge techniques. SVN (Subversion)

KartacaOfficial
a year ago | 1 upvotes · 7.3K views
Shared insights
on

How we migrated our codebases from SVN (Subversion) to Git. We will share the method and the tools we used in the migration of our codebases, and the experiences we have gained during our migration from SVN to Git at Kartaca.

What are some alternatives to SVN (Subversion)?
SVN (Subversion)
Subversion exists to be universally recognized and adopted as an open-source, centralized version control system characterized by its reliability as a safe haven for valuable data; the simplicity of its model and usage; and its ability to support the needs of a wide variety of users and projects, from individuals to large-scale enterprise operations.
Git
Git is a free and open source distributed version control system designed to handle everything from small to very large projects with speed and efficiency.
Mercurial
Mercurial is dedicated to speed and efficiency with a sane user interface. It is written in Python. Mercurial's implementation and data structures are designed to be fast. You can generate diffs between revisions, or jump back in time within seconds.
Plastic SCM
Plastic SCM is a distributed version control designed for big projects. It excels on branching and merging, graphical user interfaces, and can also deal with large files and even file-locking (great for game devs). It includes "semantic" features like refactor detection to ease diffing complex refactors.
Magit
It is an interface to the version control system Git, implemented as an Emacs package. It aspires to be a complete Git porcelain. While we cannot (yet) claim that it wraps and improves upon each and every Git command, it is complete enough to allow even experienced Git users to perform almost all of their daily version control tasks directly from within Emacs. While many fine Git clients exist, only deserve to be called porcelains.
See all alternatives
Related Comparisons