Bootstrap vs Divi: What are the differences?

Bootstrap and Divi are primarily classified as "Front-End Frameworks" and "CMS" tools respectively.

On the other hand, Divi provides the following key features: 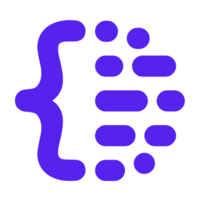 Cons of Bootstrap
Cons of Divi

It is more than just a WordPress theme, it's a completely new website building platform that replaces the standard WordPress post editor with a vastly superior visual editor. It gives you the power to create spectacular designs with surprising ease and efficiency.

What companies use Divi?

See which teams inside your own company are using Bootstrap or Divi.
Sign up for StackShare EnterpriseLearn More

What tools integrate with Divi?

+29
6
2898
What are some alternatives to Bootstrap and Divi?
Semantic UI
Semantic empowers designers and developers by creating a shared vocabulary for UI.
jQuery
jQuery is a cross-platform JavaScript library designed to simplify the client-side scripting of HTML.
Material
Express your creativity with Material, an animation and graphics framework for Google's Material Design and Apple's Flat UI in Swift.
React
Lots of people use React as the V in MVC. Since React makes no assumptions about the rest of your technology stack, it's easy to try it out on a small feature in an existing project.
Foundation
Foundation is the most advanced responsive front-end framework in the world. You can quickly prototype and build sites or apps that work on any kind of device with Foundation, which includes layout constructs (like a fully responsive grid), elements and best practices.
See all alternatives
See all the technologies you’re using across your company.
Sign up for StackShare EnterpriseLearn More