Cassandra vs Redis: What are the differences?

Cassandra: A partitioned row store. Rows are organized into tables with a required primary key. Partitioning means that Cassandra can distribute your data across multiple machines in an application-transparent matter. Cassandra will automatically repartition as machines are added and removed from the cluster. Row store means that like relational databases, Cassandra organizes data by rows and columns. The Cassandra Query Language (CQL) is a close relative of SQL; Redis: An in-memory database that persists on disk. Redis is an open source, BSD licensed, advanced key-value store. It is often referred to as a data structure server since keys can contain strings, hashes, lists, sets and sorted sets.

Cassandra belongs to "Databases" category of the tech stack, while Redis can be primarily classified under "In-Memory Databases".

"Distributed", "High performance" and "High availability" are the key factors why developers consider Cassandra; whereas "Performance", "Super fast" and "Ease of use " are the primary reasons why Redis is favored. 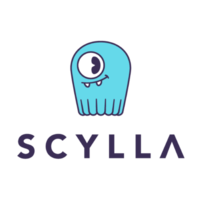 The problem I have is - we need to process & change(update/insert) 55M Data every 2 min and this updated data to be available for Rest API for Filtering / Selection. Response time for Rest API should be less than 1 sec.

The most important factors for me are processing and storing time of 2 min. There need to be 2 views of Data One is for Selection & 2. Changed data.

Cassandra is quite capable of the task, in a highly available way, given appropriate scaling of the system. Remember that updates are only inserts, and that efficient retrieval is only by key (which can be a complex key). Talking of keys, make sure that the keys are well distributed.

i love syclla for pet projects however it's license which is based on server model is an issue. thus i recommend cassandra

Scylla can handle 1M/s events with a simple data model quite easily. The api to query is CQL, we have REST api but that's for control/monitoring

By 55M do you mean 55 million entity changes per 2 minutes? It is relatively high, means almost 460k per second. If I had to choose between Scylla or Cassandra, I would opt for Scylla as it is promising better performance for simple operations. However, maybe it would be worth to consider yet another alternative technology. Take into consideration required consistency, reliability and high availability and you may realize that there are more suitable once. Rest API should not be the main driver, because you can always develop the API yourself, if not supported by given technology.

Cons of Cassandra
Cons of Redis