Heads up! You are comparing apples to oranges. Here is a related, more direct comparison: Redis vs Apache Ignite
HomeApplication and DataData StoresMessage Queue 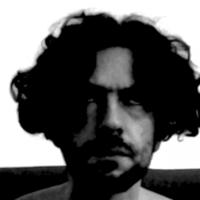 Disque vs Redis: What are the differences?

What is Disque? In-memory, distributed job queue. Disque is an ongoing experiment to build a distributed, in-memory, message broker. Its goal is to capture the essence of the "Redis as a jobs queue" use case, which is usually implemented using blocking list operations, and move it into an ad-hoc, self-contained, scalable, and fault tolerant design, with simple to understand properties and guarantees, but still resembling Redis in terms of simplicity, performance, and implementation as a C non-blocking networked server.

What is Redis? An in-memory database that persists on disk. Redis is an open source, BSD licensed, advanced key-value store. It is often referred to as a data structure server since keys can contain strings, hashes, lists, sets and sorted sets.

Disque is an ongoing experiment to build a distributed, in-memory, message broker. Its goal is to capture the essence of the "Redis as a jobs queue" use case, which is usually implemented using blocking list operations, and move it into an ad-hoc, self-contained, scalable, and fault tolerant design, with simple to understand properties and guarantees, but still resembling Redis in terms of simplicity, performance, and implementation as a C non-blocking networked server.

Why do developers choose Disque?

What are the cons of using Disque?

What companies use Disque?

What tools integrate with Disque?

What are some alternatives to Disque and Redis?
RabbitMQ
RabbitMQ gives your applications a common platform to send and receive messages, and your messages a safe place to live until received.
Kafka
Kafka is a distributed, partitioned, replicated commit log service. It provides the functionality of a messaging system, but with a unique design.
Amazon SQS
Transmit any volume of data, at any level of throughput, without losing messages or requiring other services to be always available. With SQS, you can offload the administrative burden of operating and scaling a highly available messaging cluster, while paying a low price for only what you use.
Celery
Celery is an asynchronous task queue/job queue based on distributed message passing. It is focused on real-time operation, but supports scheduling as well.
ActiveMQ
Apache ActiveMQ is fast, supports many Cross Language Clients and Protocols, comes with easy to use Enterprise Integration Patterns and many advanced features while fully supporting JMS 1.1 and J2EE 1.4. Apache ActiveMQ is released under the Apache 2.0 License.
See all alternatives
Related Comparisons

How developers use Disque and Redis