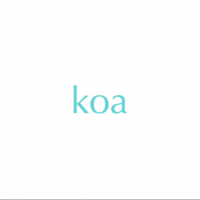 ExpressJS vs Koa: What are the differences?

Developers describe ExpressJS as "Sinatra inspired web development framework for node.js -- insanely fast, flexible, and simple". Express is a minimal and flexible node.js web application framework, providing a robust set of features for building single and multi-page, and hybrid web applications. On the other hand, Koa is detailed as "Next generation web framework for node.js". Koa aims to be a smaller, more expressive, and more robust foundation for web applications and APIs. Through leveraging generators Koa allows you to ditch callbacks and greatly increase error-handling. Koa does not bundle any middleware.

ExpressJS and Koa can be categorized as "Microframeworks (Backend)" tools.

Some of the features offered by ExpressJS are:

On the other hand, Koa provides the following key features:

According to the StackShare community, ExpressJS has a broader approval, being mentioned in 854 company stacks & 788 developers stacks; compared to Koa, which is listed in 44 company stacks and 31 developer stacks.

Express is a minimal and flexible node.js web application framework, providing a robust set of features for building single and multi-page, and hybrid web applications.

Why do developers choose ExpressJS?

Why do developers choose Koa?

What are the cons of using ExpressJS?

What are the cons of using Koa?

What companies use ExpressJS?

What companies use Koa?

What tools integrate with ExpressJS?

What tools integrate with Koa?

What are some alternatives to ExpressJS and Koa?
React
Lots of people use React as the V in MVC. Since React makes no assumptions about the rest of your technology stack, it's easy to try it out on a small feature in an existing project.
Flask
Flask is intended for getting started very quickly and was developed with best intentions in mind.
Django
Django is a high-level Python Web framework that encourages rapid development and clean, pragmatic design.
Go
Go is expressive, concise, clean, and efficient. Its concurrency mechanisms make it easy to write programs that get the most out of multicore and networked machines, while its novel type system enables flexible and modular program construction. Go compiles quickly to machine code yet has the convenience of garbage collection and the power of run-time reflection. It's a fast, statically typed, compiled language that feels like a dynamically typed, interpreted language.
nginx
nginx [engine x] is an HTTP and reverse proxy server, as well as a mail proxy server, written by Igor Sysoev. According to Netcraft nginx served or proxied 30.46% of the top million busiest sites in Jan 2018.
See all alternatives
Related Comparisons

Express.js is the workhorse of the Cloudcraft.co backend. It's not the most exciting part of a stack, but it works, is very well documented, and you can find a plugin for almost everything you could possibly want. We also carefully evaluated Koa.js, but decided not to go down this route: fewer plugins, less documentation & answers online. I'm also not personally convinced by the generators yield syntax at all. ES7 async functions looks like a much better bet, and with Promises and Babel I can have that already today.

It is the best framework to start developing a general Node.js web app.

I'm fluent in ExpressJS, but over the past two years I have moved to HapiJS. Similar results, but I find Hapi to be more full-featured towards my app, api and service needs. I can operate confidently in both.

We rely on ExpressJS to serve our content simply, easily, and effectively, without the bloat-ware. Big thanks to StrongLoop for supporting this package.

As a smaller, more expressive, and more robust foundation for web applications and APIs.