FreeBSD vs Raspbian: What are the differences?

What is Raspbian? A free operating system based on Debian. It is optimized for the Raspberry Pi hardware. It provides more than a pure OS: it comes with over 35,000 packages, pre-compiled software bundled in a nice format for easy installation on your Raspberry Pi.

FreeBSD and Raspbian can be categorized as "Operating Systems" tools.

Zscaler, Zetaops, and iwantmyname are some of the popular companies that use FreeBSD, whereas Raspbian is used by 3DRacers, Robotical Ltd, and IPF. FreeBSD has a broader approval, being mentioned in 15 company stacks & 36 developers stacks; compared to Raspbian, which is listed in 3 company stacks and 10 developer stacks.

Cons of FreeBSD
Cons of Raspbian

It is optimized for the Raspberry Pi hardware. It provides more than a pure OS: it comes with over 35,000 packages, pre-compiled software bundled in a nice format for easy installation on your Raspberry Pi. 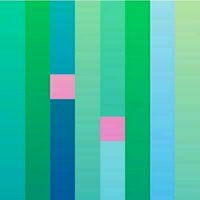 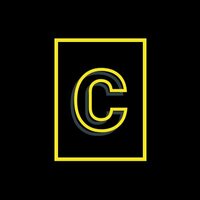 What companies use Raspbian?

See which teams inside your own company are using FreeBSD or Raspbian.
Sign up for StackShare EnterpriseLearn More

What tools integrate with Raspbian?

What are some alternatives to FreeBSD and Raspbian?
Ubuntu
Ubuntu is an ancient African word meaning ‘humanity to others’. It also means ‘I am what I am because of who we all are’. The Ubuntu operating system brings the spirit of Ubuntu to the world of computers.
Linux
A clone of the operating system Unix, written from scratch by Linus Torvalds with assistance from a loosely-knit team of hackers across the Net. It aims towards POSIX and Single UNIX Specification compliance.
OpenBSD
It is a free and secure UNIX-like operating system that emphasizes portability, standardization, correctness, proactive security & integrated cryptography.
Debian
Debian systems currently use the Linux kernel or the FreeBSD kernel. Linux is a piece of software started by Linus Torvalds and supported by thousands of programmers worldwide. FreeBSD is an operating system including a kernel and other software.
FreeNAS
It is the simplest way to create a centralized and easily accessible place for your data. Use it with ZFS to protect, store, backup, all of your data. It is used everywhere, for the home, small business, and the enterprise.
See all alternatives
See all the technologies you’re using across your company.
Sign up for StackShare EnterpriseLearn More