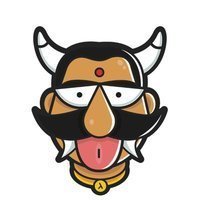 graphqurl vs Skor: What are the differences?

What is graphqurl? Curl for GraphQL with autocomplete, subscriptions and GraphiQL. Made by the team at hasura.io, graphqurl is a curl like CLI for GraphQL.

What is Skor? Listen to Postgres events and forward them as JSON payloads to a webhook. skor is a utility for Postgres which calls a webhook with row changes as JSON whenever an INSERT, UPDATE or DELETE event occurs on a particular table. You can drop the docker image next to your Postgres database instance and configure a webhook that will be called.

graphqurl and Skor can be categorized as "Database" tools.

Some of the features offered by graphqurl are:

On the other hand, Skor provides the following key features:

graphqurl is an open source tool with 1.86K GitHub stars and 41 GitHub forks. Here's a link to graphqurl's open source repository on GitHub.

Made by the team at hasura.io, graphqurl is a curl like CLI for GraphQL.

Why do developers choose graphqurl?

Why do developers choose Skor?

What are the cons of using graphqurl?

What are the cons of using Skor?

What companies use Skor?

What tools integrate with graphqurl?

What tools integrate with Skor?

What are some alternatives to graphqurl and Skor?
GraphQL
GraphQL is a data query language and runtime designed and used at Facebook to request and deliver data to mobile and web apps since 2012.
Slick
It is a modern database query and access library for Scala. It allows you to work with stored data almost as if you were using Scala collections while at the same time giving you full control over when a database access happens and which data is transferred.
Sequel Pro
Sequel Pro is a fast, easy-to-use Mac database management application for working with MySQL databases.
PostGIS
PostGIS is a spatial database extender for PostgreSQL object-relational database. It adds support for geographic objects allowing location queries to be run in SQL.
Spring Data
It makes it easy to use data access technologies, relational and non-relational databases, map-reduce frameworks, and cloud-based data services. This is an umbrella project which contains many subprojects that are specific to a given database.
See all alternatives
Related Comparisons