H2 Database vs HSQLDB: What are the differences?

H2 Database and HSQLDB can be primarily classified as "Databases" tools.

HSQLDB is an open source tool with 11 GitHub stars and 5 GitHub forks. Here's a link to HSQLDB's open source repository on GitHub.

What is H2 Database?

It is a relational database management system written in Java. It can be embedded in Java applications or run in client-server mode. 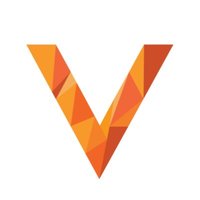 What companies use H2 Database?

What companies use HSQLDB?

See which teams inside your own company are using H2 Database or HSQLDB.
Sign up for Private StackShareLearn More

What tools integrate with H2 Database?

What tools integrate with HSQLDB?

What are some alternatives to H2 Database and HSQLDB?
MySQL
The MySQL software delivers a very fast, multi-threaded, multi-user, and robust SQL (Structured Query Language) database server. MySQL Server is intended for mission-critical, heavy-load production systems as well as for embedding into mass-deployed software.
SQLite
SQLite is an embedded SQL database engine. Unlike most other SQL databases, SQLite does not have a separate server process. SQLite reads and writes directly to ordinary disk files. A complete SQL database with multiple tables, indices, triggers, and views, is contained in a single disk file.
MongoDB
MongoDB stores data in JSON-like documents that can vary in structure, offering a dynamic, flexible schema. MongoDB was also designed for high availability and scalability, with built-in replication and auto-sharding.
Oracle
Oracle Database is an RDBMS. An RDBMS that implements object-oriented features such as user-defined types, inheritance, and polymorphism is called an object-relational database management system (ORDBMS). Oracle Database has extended the relational model to an object-relational model, making it possible to store complex business models in a relational database.
Redis
Redis is an open source (BSD licensed), in-memory data structure store, used as a database, cache, and message broker. Redis provides data structures such as strings, hashes, lists, sets, sorted sets with range queries, bitmaps, hyperloglogs, geospatial indexes, and streams.
See all alternatives
See all the technologies you’re using across your company.
Sign up for Private StackShareLearn More