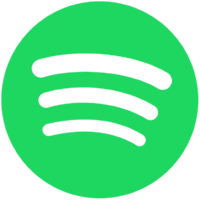 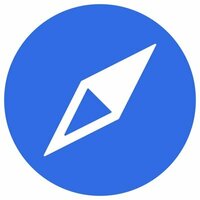 Kubenav vs Helios: What are the differences?

Developers describe Kubenav as "An open source mobile app to manage Kubernetes cluster". It is the navigator for your Kubernetes clusters right in your pocket. It is a mobile and desktop app to help you manage Kubernetes clusters and stay up to date on whats going on in your clusters. On the other hand, Helios is detailed as "Docker container orchestration platform, by Spotify". Helios is a Docker orchestration platform for deploying and managing containers across an entire fleet of servers. Helios provides a HTTP API as well as a command-line client to interact with servers running your containers.

Kubenav and Helios can be categorized as "Container" tools.

Some of the features offered by Kubenav are:

On the other hand, Helios provides the following key features:

Helios is a Docker orchestration platform for deploying and managing containers across an entire fleet of servers. Helios provides a HTTP API as well as a command-line client to interact with servers running your containers.

Why do developers choose Helios?

Why do developers choose Kubenav?

What are the cons of using Helios?

What are the cons of using Kubenav?

What companies use Helios?

What tools integrate with Helios?

What tools integrate with Kubenav?

What are some alternatives to Helios and Kubenav?
Apollo
Build a universal GraphQL API on top of your existing REST APIs, so you can ship new application features fast without waiting on backend changes.
Kubernetes
Kubernetes is an open source orchestration system for Docker containers. It handles scheduling onto nodes in a compute cluster and actively manages workloads to ensure that their state matches the users declared intentions.
Docker Compose
With Compose, you define a multi-container application in a single file, then spin your application up in a single command which does everything that needs to be done to get it running.
Rancher
Rancher is an open source container management platform that includes full distributions of Kubernetes, Apache Mesos and Docker Swarm, and makes it simple to operate container clusters on any cloud or infrastructure platform.
Docker Swarm
Swarm serves the standard Docker API, so any tool which already communicates with a Docker daemon can use Swarm to transparently scale to multiple hosts: Dokku, Compose, Krane, Deis, DockerUI, Shipyard, Drone, Jenkins... and, of course, the Docker client itself.
See all alternatives
Decisions about Helios and Kubenav
No stack decisions found
Related Comparisons

Fleet
Popular tool comparisons with HeliosPopular tool comparisons with Kubenav
Interest over time
Reviews of Helios and Kubenav
No reviews found
How developers use Helios and Kubenav
No items found
How much does Helios cost?
How much does Kubenav cost?
Pricing unavailable
Pricing unavailable
News about Helios
More news
News about Kubenav
More news
Explore the technology behind