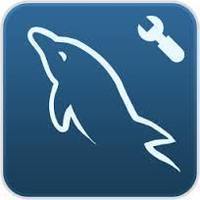 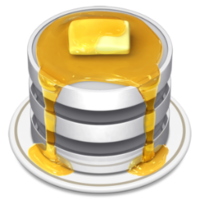 MySQL WorkBench vs Sequel Pro: What are the differences?

MySQL WorkBench and Sequel Pro can be primarily classified as "Database" tools.

What is MySQL WorkBench?

It enables a DBA, developer, or data architect to visually design, model, generate, and manage databases. It includes everything a data modeler needs for creating complex ER models, forward and reverse engineering, and also delivers key features for performing difficult change management and documentation tasks that normally require much time and effort.

Why do developers choose MySQL WorkBench?

What are the cons of using MySQL WorkBench?

What companies use MySQL WorkBench?

What tools integrate with MySQL WorkBench?

What are some alternatives to MySQL WorkBench and Sequel Pro?
HeidiSQL
HeidiSQL is a useful and reliable tool designed for web developers using the popular MariaDB or MySQL server, Microsoft SQL databases or PostgreSQL. It enables you to browse and edit data, create and edit tables, views, procedures, triggers and scheduled events. Also, you can export structure and data, either to SQL file, clipboard or to other servers. Read about features or see some screenshots.
Navicat
Powerful database management & design tool for Win, Mac & Linux. With intuitive GUI, user manages MySQL, MariaDB, SQL Server, SQLite, Oracle & PostgreSQL DB easily.
DataGrip
A cross-platform IDE that is aimed at DBAs and developers working with SQL databases.
XAMPP
It consists mainly of the Apache HTTP Server, MariaDB database, and interpreters for scripts written in the PHP and Perl programming languages.
Slick
It is a modern database query and access library for Scala. It allows you to work with stored data almost as if you were using Scala collections while at the same time giving you full control over when a database access happens and which data is transferred.
See all alternatives
Decisions about MySQL WorkBench and Sequel Pro
No stack decisions found
Related Comparisons