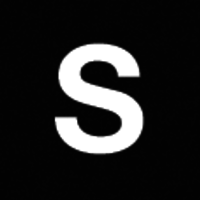 Skeleton vs UIkIt: What are the differences?

Skeleton: A Beautiful Boilerplate for Responsive, Mobile-Friendly Development. Skeleton is a small collection of CSS files that can help you rapidly develop sites that look beautiful at any size, be it a 17" laptop screen or an iPhone; UIkIt: A lightweight and modular front-end framework for developing fast and powerful web interfaces. UIkit gives you a comprehensive collection of HTML, CSS, and JS components which is simple to use, easy to customize and extendable.

Skeleton and UIkIt belong to "Front-End Frameworks" category of the tech stack.

Some of the features offered by Skeleton are:

On the other hand, UIkIt provides the following key features:

"Minimalist" is the primary reason why developers consider Skeleton over the competitors, whereas "Complete GUI" was stated as the key factor in picking UIkIt.

According to the StackShare community, UIkIt has a broader approval, being mentioned in 45 company stacks & 9 developers stacks; compared to Skeleton, which is listed in 8 company stacks and 3 developer stacks.

Skeleton is a small collection of CSS files that can help you rapidly develop sites that look beautiful at any size, be it a 17" laptop screen or an iPhone.

Why do developers choose Skeleton?

Why do developers choose UIkIt?

What are the cons of using Skeleton?

What are the cons of using UIkIt?

What companies use Skeleton?

What tools integrate with Skeleton?

No integrations found
What are some alternatives to Skeleton and UIkIt?
Bootstrap
Bootstrap is the most popular HTML, CSS, and JS framework for developing responsive, mobile first projects on the web.
Animate.css
It is a bunch of cool, fun, and cross-browser animations for you to use in your projects. Great for emphasis, home pages, sliders, and general just-add-water-awesomeness.
Material Design for Angular
Material Design is a specification for a unified system of visual, motion, and interaction design that adapts across different devices. Our goal is to deliver a lean, lightweight set of AngularJS-native UI elements that implement the material design system for use in Angular SPAs.
Foundation
Foundation is the most advanced responsive front-end framework in the world. You can quickly prototype and build sites or apps that work on any kind of device with Foundation, which includes layout constructs (like a fully responsive grid), elements and best practices.
Material-UI
It is a comprehensive guide for visual, motion, and interaction design across platforms and devices.
See all alternatives
Decisions about Skeleton and UIkIt
No stack decisions found
Related Comparisons

Provides common user interface like dialogs, menus, etc. Is modular and hight customisable. A part from the grid system, is not used directly, but has as layer of abstraction build with web components, and typescript as far as possible with the time and working constraints, to be reused in other projects.

UI Kit provides so many great features out of the box. It provides all the tools to build a rich interface with very little configuration. Many of the modules are well documented and are relevant to the common trends we are seeing on websites today.

Like Bootstrap, It offers the same CSS framework service (Which I prefer to say cheatsheet ;)) but less complex and cleaner look and to the point.

I used it for some private stuff lately where I only needed a grid and was looking for the leanest framework there is.