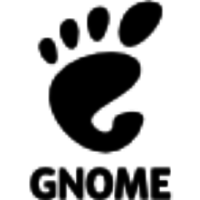 gedit is the GNOME text editor. While aiming at simplicity and ease of use, gedit is a powerful general purpose text editor.
gedit is a tool in the Text Editor category of a tech stack.

Companies
Developers
52 developers on StackShare have stated that they use gedit.

Here are some stack decisions, common use cases and reviews by members of with gedit in their tech stack.

I'm using it to load the fresh installed config file, so the user can edit this directly and easily. gedit

Here are some stack decisions, common use cases and reviews by companies and developers who chose gedit in their tech stack.

I'm using it to load the fresh installed config file, so the user can edit this directly and easily. gedit

What are some alternatives to gedit?
Vim
Vim is an advanced text editor that seeks to provide the power of the de-facto Unix editor 'Vi', with a more complete feature set. Vim is a highly configurable text editor built to enable efficient text editing. It is an improved version of the vi editor distributed with most UNIX systems. Vim is distributed free as charityware.
Atom
At GitHub, we're building the text editor we've always wanted. A tool you can customize to do anything, but also use productively on the first day without ever touching a config file. Atom is modern, approachable, and hackable to the core. We can't wait to see what you build with it.
Geany
Geany is a small and lightweight Integrated Development Environment. It was developed to provide a small and fast IDE, which has only a few dependencies from other packages. Another goal was to be as independent as possible from a special Desktop Environment like KDE or GNOME - Geany only requires the GTK2 runtime libraries.
Emacs
GNU Emacs is an extensible, customizable text editor—and more. At its core is an interpreter for Emacs Lisp, a dialect of the Lisp programming language with extensions to support text editing.
Visual Studio Code
Build and debug modern web and cloud applications. Code is free and available on your favorite platform - Linux, Mac OSX, and Windows.
See all alternatives
Related Comparisons