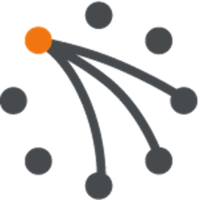 Riak is a distributed database designed to deliver maximum data availability by distributing data across multiple servers. As long as your client can reach one Riak server, it should be able to write data. In most failure scenarios, the data you want to read should be available, although it may not be the most up-to-date version of that data.
Riak is a tool in the Databases category of a tech stack.
Riak is an open source tool with 3.3K GitHub stars and 539 GitHub forks. Here’s a link to Riak's open source repository on GitHub

Companies
19 companies reportedly use Riak in their tech stacks, including Sentry, SendGrid, and XING.

PrimeNMS
Developers
52 developers on StackShare have stated that they use Riak.

Here are some stack decisions, common use cases and reviews by companies and developers who chose Riak in their tech stack.

Ringpop was “a library that brings cooperation and coordination to distributed applications,” which they used, “to build scalable and fault tolerant systems for real-time dispatching by leveraging its sharding capabilities.”

Riak was used as a persistent data store for a portion of the new dispatching services. For example, as objects requiring persistence were generated, such as a new driver coming online with their associated mailbox of potential trips, Ringop would store these IDs as keys within Riak.

These layers could be utilized for additional services, such as stateful HTTP long-poll services, client/server sync services, rate limiters and geospatial services.

What are some alternatives to Riak?
Cassandra
Partitioning means that Cassandra can distribute your data across multiple machines in an application-transparent matter. Cassandra will automatically repartition as machines are added and removed from the cluster. Row store means that like relational databases, Cassandra organizes data by rows and columns. The Cassandra Query Language (CQL) is a close relative of SQL.
Aerospike
Aerospike is an open-source, modern database built from the ground up to push the limits of flash storage, processors and networks. It was designed to operate with predictable low latency at high throughput with uncompromising reliability – both high availability and ACID guarantees.
Couchbase
Developed as an alternative to traditionally inflexible SQL databases, the Couchbase NoSQL database is built on an open source foundation and architected to help developers solve real-world problems and meet high scalability demands.
Redis
Redis is an open source, BSD licensed, advanced key-value store. It is often referred to as a data structure server since keys can contain strings, hashes, lists, sets and sorted sets.
MongoDB
MongoDB stores data in JSON-like documents that can vary in structure, offering a dynamic, flexible schema. MongoDB was also designed for high availability and scalability, with built-in replication and auto-sharding.
See all alternatives
Related Comparisons