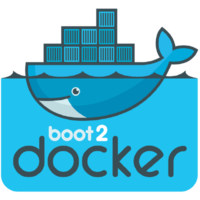 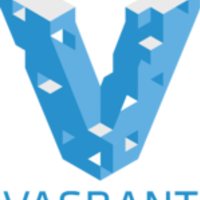 boot2docker vs Vagrant: What are the differences?

boot2docker and Vagrant can be categorized as "Virtual Machine Management" tools.

Some of the features offered by boot2docker are:

On the other hand, Vagrant provides the following key features:

"Lightweight" is the primary reason why developers consider boot2docker over the competitors, whereas "Development environments" was stated as the key factor in picking Vagrant.

According to the StackShare community, Vagrant has a broader approval, being mentioned in 802 company stacks & 478 developers stacks; compared to boot2docker, which is listed in 70 company stacks and 30 developer stacks.

boot2docker is a lightweight Linux distribution based on Tiny Core Linux made specifically to run Docker containers. It runs completely from RAM, weighs ~27MB and boots in ~5s (YMMV).

Why do developers choose boot2docker?

Why do developers choose Vagrant?

What are the cons of using boot2docker?

What are the cons of using Vagrant?

What companies use Vagrant?

What tools integrate with boot2docker?

What tools integrate with Vagrant?

What are some alternatives to boot2docker and Vagrant?
Docker Machine
Machine lets you create Docker hosts on your computer, on cloud providers, and inside your own data center. It creates servers, installs Docker on them, then configures the Docker client to talk to them.
Photon
The fastest way to build beautiful Electron apps using simple HTML and CSS. Underneath it all is Electron. Originally built for GitHub's Atom text editor, Electron is the easiest way to build cross-platform desktop applications.
XenServer
It is a leading virtualization management platform optimized for application, desktop and server virtualization infrastructures. It is used in the world's largest clouds and enterprises.
Otto
Otto automatically builds development environments without any configuration; it can detect your project type and has built-in knowledge of industry-standard tools to setup a development environment that is ready to go. When you're ready to deploy, otto builds and manages an infrastructure, sets up servers, builds, and deploys the application.
Azk
azk lets developers easily and quickly install and configure development environments on their computers.
See all alternatives
Decisions about boot2docker and Vagrant
No stack decisions found
Related Comparisons

"The best way to ensure that local testing was possible was to normalize people’s dev environments. For this we chose Vagrant. This, combined with Chef, allows us to do our local dev in sandboxed Linux instances running locally via VirtualBox in a configuration as similar to production as possible. In addition to making dev environment setup much easier than it used to be, this ensures that each engineer has a consistent environment that is ready to run tests out of the box. The user SSHs into the local linux server and runs spec commands like they would on their host OS, and generally everything Just Works. Most people on our team combine this with Zeus, which allows the Rails environment to be preloaded for lightning fast (relatively speaking) test runs. Both Vagrant and Zeus have their share of issues, but in practice we’ve found them to be a huge time saver."

Not blazing fast but we pick Vagrant for all our projects because the console mode without gui leads to a low consumption of ram memory making it the best way for DevOps ready environment requiring less configuration.

Vagrant allows me to ensure that anyone I'm collaborating with will be able to test my web application in the same environment. I also use Vagrant to setup VMs that I can use to refine my Capistrano recipes.

We use Virtualbox in combination with Vagrant during development to ensure a consistent test/development environment. This helps to reduce the number of defects when our software goes to production.

Used for wildfly clustering testing. And for testing database.