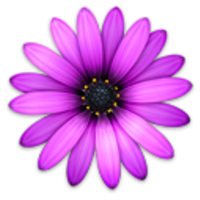 Brackets vs TextMate: What are the differences?

Developers describe Brackets as "A modern, open source text editor that understands web design". With focused visual tools and preprocessor support, Brackets is a modern text editor that makes it easy to design in the browser. Try Creative Cloud Extract (preview) for Brackets for an easy way to get clean, minimal CSS straight from a PSD with no generated code. On the other hand, TextMate is detailed as "The Missing Editor for Mac OS X". TextMate brings Apple's approach to operating systems into the world of text editors. By bridging UNIX underpinnings and GUI, TextMate cherry-picks the best of both worlds to the benefit of expert scripters and novice users alike.

Brackets and TextMate can be primarily classified as "Text Editor" tools.

Some of the features offered by Brackets are:

On the other hand, TextMate provides the following key features:

"Beautiful UI" is the primary reason why developers consider Brackets over the competitors, whereas "Syntax highlighting" was stated as the key factor in picking TextMate.

According to the StackShare community, Brackets has a broader approval, being mentioned in 36 company stacks & 32 developers stacks; compared to TextMate, which is listed in 13 company stacks and 11 developer stacks.

With focused visual tools and preprocessor support, it is a modern text editor that makes it easy to design in the browser.

TextMate brings Apple's approach to operating systems into the world of text editors. By bridging UNIX underpinnings and GUI, TextMate cherry-picks the best of both worlds to the benefit of expert scripters and novice users alike.

Why do developers choose Brackets?

Why do developers choose TextMate?

What are the cons of using Brackets?

What are the cons of using TextMate?

What companies use Brackets?

What companies use TextMate?

What tools integrate with Brackets?

What tools integrate with TextMate?

What are some alternatives to Brackets and TextMate?
Atom
At GitHub, we're building the text editor we've always wanted. A tool you can customize to do anything, but also use productively on the first day without ever touching a config file. Atom is modern, approachable, and hackable to the core. We can't wait to see what you build with it.
Visual Studio Code
Build and debug modern web and cloud applications. Code is free and available on your favorite platform - Linux, Mac OSX, and Windows.
Sublime Text
Sublime Text is available for OS X, Windows and Linux. One license is all you need to use Sublime Text on every computer you own, no matter what operating system it uses. Sublime Text uses a custom UI toolkit, optimized for speed and beauty, while taking advantage of native functionality on each platform.
Vim
Vim is an advanced text editor that seeks to provide the power of the de-facto Unix editor 'Vi', with a more complete feature set. Vim is a highly configurable text editor built to enable efficient text editing. It is an improved version of the vi editor distributed with most UNIX systems. Vim is distributed free as charityware.
Notepad++
Notepad++ is a free (as in "free speech" and also as in "free beer") source code editor and Notepad replacement that supports several languages. Running in the MS Windows environment, its use is governed by GPL License.
See all alternatives
Decisions about Brackets and TextMate
No stack decisions found
Related Comparisons

Rapid small editions on code and markdown texts. Greate for simple projects with not so many files.

Used to code PSD > HTML. Used as a replacement for Photoshop.