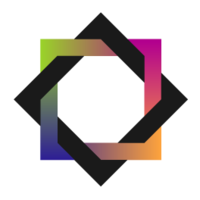 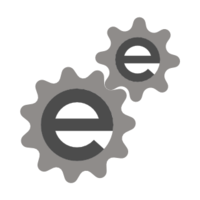 EasyEngine vs Centmin Mod: What are the differences?

EasyEngine: A command line tool to easily manage WordPress sites. It is a command-line tool for the Nginx web servers to manage WordPress sites that are running on the LEMP Stack (Linux, Nginx, MySQL/MariaDB, and PHP-FPM). It is created with python and can be installed on Ubuntu and Linux Debian distributions; Centmin Mod: A set of open source Linux software. It is a set of open source Linux software which are together form the platform (web stack) where a web site's files (text, CSS files, javascript, web fonts, videos and images) and data can be served to a visitor.

EasyEngine and Centmin Mod can be categorized as "Server Configuration and Automation" tools.

Some of the features offered by EasyEngine are:

On the other hand, Centmin Mod provides the following key features:

What is Centmin Mod?

It is a set of open source Linux software which are together form the platform (web stack) where a web site's files (text, CSS files, javascript, web fonts, videos and images) and data can be served to a visitor.

Why do developers choose Centmin Mod?

Why do developers choose EasyEngine?

What are the cons of using Centmin Mod?

What are the cons of using EasyEngine?

What companies use Centmin Mod?

What tools integrate with Centmin Mod?

What tools integrate with EasyEngine?

What are some alternatives to Centmin Mod and EasyEngine?
Ansible
Ansible is an IT automation tool. It can configure systems, deploy software, and orchestrate more advanced IT tasks such as continuous deployments or zero downtime rolling updates. Ansible’s goals are foremost those of simplicity and maximum ease of use.
Capistrano
Capistrano is a remote server automation tool. It supports the scripting and execution of arbitrary tasks, and includes a set of sane-default deployment workflows.
Chef
Chef enables you to manage and scale cloud infrastructure with no downtime or interruptions. Freely move applications and configurations from one cloud to another. Chef is integrated with all major cloud providers including Amazon EC2, VMWare, IBM Smartcloud, Rackspace, OpenStack, Windows Azure, HP Cloud, Google Compute Engine, Joyent Cloud and others.
Puppet Labs
Puppet is an automated administrative engine for your Linux, Unix, and Windows systems and performs administrative tasks (such as adding users, installing packages, and updating server configurations) based on a centralized specification.
Fabric
Fabric is a Python (2.5-2.7) library and command-line tool for streamlining the use of SSH for application deployment or systems administration tasks. It provides a basic suite of operations for executing local or remote shell commands (normally or via sudo) and uploading/downloading files, as well as auxiliary functionality such as prompting the running user for input, or aborting execution.
See all alternatives
Related Comparisons