Developers describe Runcloud as "PHP web application & server management panel". SaaS based PHP cloud server control panel. Support Digital Ocean, Linode, AWS, Vultr, Azure and other custom VPS. GIT deployment webhook and easiest control panel to manage Laravel, Cake, Symphony or WordPress. On the other hand, EasyEngine is detailed as "A command line tool to easily manage WordPress sites". It is a command-line tool for the Nginx web servers to manage WordPress sites that are running on the LEMP Stack (Linux, Nginx, MySQL/MariaDB, and PHP-FPM). It is created with python and can be installed on Ubuntu and Linux Debian distributions.

Runcloud and EasyEngine can be primarily classified as "Server Configuration and Automation" tools.

It is a command-line tool for the Nginx web servers to manage WordPress sites that are running on the LEMP Stack (Linux, Nginx, MySQL/MariaDB, and PHP-FPM). It is created with python and can be installed on Ubuntu and Linux Debian distributions. 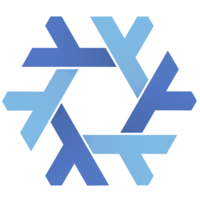 See which teams inside your own company are using EasyEngine or Runcloud.
Sign up for Private StackShareLearn More

What tools integrate with EasyEngine?

What tools integrate with Runcloud?

What are some alternatives to EasyEngine and Runcloud?
ServerPilot
It is a SaaS platform for hosting PHP websites on Ubuntu servers. You can think of it as a modern, centralized hosting control panel. Manage all servers and sites through a single control panel or automate using our API.
Centmin Mod
It is a set of open source Linux software which are together form the platform (web stack) where a web site's files (text, CSS files, javascript, web fonts, videos and images) and data can be served to a visitor.
WordOps
It provides the ability to deploy a blazing fast and secured WordPress with Nginx by using simple and easy to remember commands. Forked from EasyEngine v3, it’s already much more than an up-to-date version of EEv3 with several new features including Let’s Encrypt wildcard SSL certificates with DNS API validation support, Linux kernel optimizations or a new custom Nginx package with TLS v1.3 and Cloudflare HTTP/2 HPACK support.
Ansible
Ansible is an IT automation tool. It can configure systems, deploy software, and orchestrate more advanced IT tasks such as continuous deployments or zero downtime rolling updates. Ansible’s goals are foremost those of simplicity and maximum ease of use.
Chef
Chef enables you to manage and scale cloud infrastructure with no downtime or interruptions. Freely move applications and configurations from one cloud to another. Chef is integrated with all major cloud providers including Amazon EC2, VMWare, IBM Smartcloud, Rackspace, OpenStack, Windows Azure, HP Cloud, Google Compute Engine, Joyent Cloud and others.
See all alternatives
See all the technologies you’re using across your company.
Sign up for Private StackShareLearn More