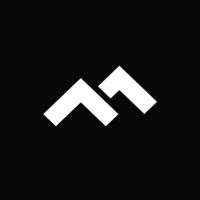 Code Climate vs Hound: What are the differences?

Developers describe Code Climate as "Automated Ruby Code Review". After each Git push, Code Climate analyzes your code for complexity, duplication, and common smells to determine changes in quality and surface technical debt hotspots. On the other hand, Hound is detailed as "A hosted service that comments on Ruby style guide violations in your GitHub pull requests". Take care of pesky code reviews with a trusty Hound. Hound reviews GitHub pull requests for style guide violations.

Code Climate and Hound belong to "Code Review" category of the tech stack.

On the other hand, Hound provides the following key features:

"Auto sync with Github" is the top reason why over 68 developers like Code Climate, while over 3 developers mention "Comments on style so I don't have to" as the leading cause for choosing Hound.

Hound is an open source tool with 1.72K GitHub stars and 393 GitHub forks. Here's a link to Hound's open source repository on GitHub.

According to the StackShare community, Code Climate has a broader approval, being mentioned in 144 company stacks & 48 developers stacks; compared to Hound, which is listed in 10 company stacks and 3 developer stacks.

Why do developers choose Code Climate?

Why do developers choose Hound?

What are the cons of using Code Climate?

What are the cons of using Hound?

What companies use Hound?

What tools integrate with Hound?

What are some alternatives to Code Climate and Hound?
Codacy
Codacy is an automated code review tool for Scala, Java, Ruby, JavaScript, PHP, Python, CoffeeScript and CSS. It's continuous static analysis without the hassle. Save time in Code Reviews. Tackle your technical debt
Codecov
Our patrons rave about our elegant coverage reports, integrated pull request comments, interactive commit graphs, our Chrome plugin and security.
Coveralls
Coveralls works with your CI server and sifts through your coverage data to find issues you didn't even know you had before they become a problem. Free for open source, pro accounts for private repos, instant sign up with GitHub OAuth.
SonarQube
SonarQube provides an overview of the overall health of your source code and even more importantly, it highlights issues found on new code. With a Quality Gate set on your project, you will simply fix the Leak and start mechanically improving.
ESLint
A pluggable and configurable linter tool for identifying and reporting on patterns in JavaScript. Maintain your code quality with ease.
See all alternatives
Decisions about Code Climate and Hound

The continuous integration process for our Rails backend app starts by opening a GitHub pull request. This triggers a CircleCI build and some Code Climate checks.

The CircleCI build is a workflow that runs the following jobs:

The CircleCI jobs and Code Climate checks above have corresponding GitHub status checks.

Once all the mandatory GitHub checks pass and the code+functionality have been reviewed, developers can merge their pull request into our Git master branch. Code is then ready to deploy!

This is one of the key tools I can't leave out when I'm working on a project, basically it is mandatory for me to use it on my Ruby on Rails projects. I think the price is a little expensive for a "Solo plan" but if you can get your client to pay, it's definitely worth it. You or the future developers that will continue with the project will thank you!

How developers use Code Climate and Hound

We use it as part of CI process to check code quality, to ensure that we're not inadvertently making common mistakes and can keep the smells and scope of code changes in line and clean. Having this step here should make future support and additions much more efficient and easy to understand.

Codeclimate checks my code and helps me to write better code.

We check our deployments with CodeClimate